The Talented (And Psycho) Mr. Madoff 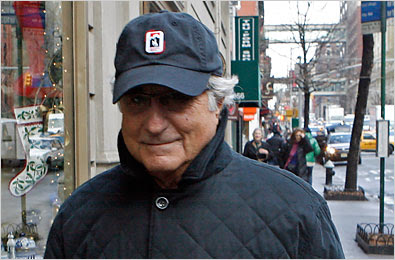 TWO PEAS IN A POD? BERNARD MADOFF AND CHARLES CULLEN
It turns out that Bernard Madoff was not only talented in engineering a decades-long Ponzi scheme of epic proportions, but arguably is a psychopath who got his rocks off -- not by murdering hospital patients one after the other like Charles Cullen did -- but by bilking investors one after the other for tens billions of dollars. And like Cullen cleverly manipulated the very people who should have stopped him. 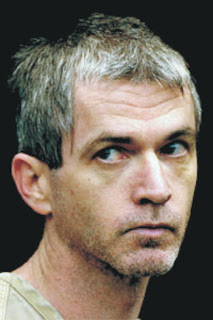 This is the big takeaway from an excellent New York Times profile on Madoff, who remains sequestered in his Manhattan penthouse while the many investors, including charitable foundations, that he has confessed to ripping off try to pick up the pieces.

Times reporters Julie Cresswell and Landon Thomas Jr. write that it is obvious that Madoff was a greedy manipulator, but:

"[S]ome analysts say that a more complex and layered observation of his actions involves linking the world of white-collar finance to the world of serial criminals.

"They wonder whether good old Bernie Madoff might have stolen simply for the fun of it, exploiting every relationship in his life for decades while studiously manipulating financial regulators.

" 'Some of the characteristics you see in psychopaths are lying, manipulation, the ability to deceive, feelings of grandiosity and callousness toward their victims,' says Gregg O. McCrary, a former special agent with the FBI who spent years constructing criminal behavioral profiles."

Cullen, a registered nurse at hospitals in Northern New Jersey and Northeastern Pennsylvania, told prosecutors he killed about 40 people with intentional drug overdoses. Like Madoff, he did not fit the cliché about psychopaths who commit crime after crime. Hardly anyone suspected anything, although some people found his behavior to be unusual and even suspicious but failed to act on that.

"It was his guile, in part, that allowed him to elude capture all those years. Mr. Cullen is suspected of choosing jobs and drugs that made it possible to kill without drawing much attention.

" . . . Mr. Cullen was able to continue mostly because of systemic failures, and his career reveals gaping holes in hospital and government systems for weeding out people who harm patients. 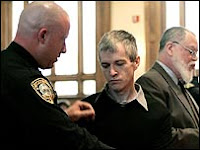 "Supervisors and government officials who were looking over his shoulder also failed. . . . Employers did not report him to one another, to oversight agencies, or to law enforcement, often because they were not required to. Some even brushed off allegations by victims' families or his co-workers."

There is one other similarity between Madoff and Cullen: They were adept at manipulating investigators even after their crimes were exposed.

Madoff may escape serious jail time because of his willingness to explain how he fooled investors while diming out the bankers who turned a blind eye to his scheming, while Cullen agreed to name names in explaining how he fooled hospitals in return for a life sentence without parole.

One consequence of Cullen's psychopathic behavior is the Nurse Cullen Act, a New Jersey law that requires nurses to be fingerprinted and established a system whereby the state Board of Nursing is notified if a nurse has any kind of brush with the law, no matter how minor.

One wonders if there will be a Bernard Madoff Act as the result of his psychopathic behavior. I somehow doubt it.

Top photograph by Jason Decrow/The Associated Press
Posted by Shaun Mullen at 1:15 AM
Email ThisBlogThis!Share to TwitterShare to FacebookShare to Pinterest