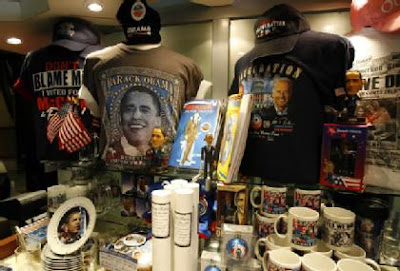 If you are bogged down reading downer-bloggers that have nothing better to do than perform exigesis on every utterance that Obama makes, you could do yourself a favor by getting out among the people. I tell you this because the people are excited. The streets of DC are like a live-wire crackling with positive energy. It is the opposite of fear, the opposite of war. It's the kind of thing that comes together rarely, and its usually not seen in the corridors of world-power but limited to some farm near Woodstock, New York or wherever concerted protest makes some significant breakthough in the national psyche. This is different.

This phenomenon is real and it's very powerful, even if it is admittedly setting up some impossible expectations. When you place this international outpouring of goodwill and support next to the petulant handwringing making the rounds of the blogosphere, the only way to parse it is that there is a fundamental disconnect. Too many analysts are incapable of breaking out of the mental chains of the last twenty years.

There is no recent analogue to the madness -- er, hopefulness -- that has seized Obama's fans.

This has become the closing catechism among Bush's defenders: He made us safer. The problem, however, is that it’s impossible for us to verify that. It's

impossible to know whether the absence of another attack (for which we are all grateful) is proof of a safer America thanks to the Bush team -- or whether Islamic extremists are plotting something on their own timetable, patiently exploiting security lapses that the Bush team has failed to address.

Indeed, there is already documented proof that, contrary to Bush's claim, he has not made America safer. It's all spelled out in one of those important bipartisan reports that few people bother to read. This particular document -– "The Report of the Commission on the Prevention of WMD Proliferation and Terrorism" -- was released only six weeks ago, and naturally it received a lot less public attention than Madonna's breakup with Guy Ritchie.

The bipartisan commission . . . did not mince words. It concluded that, in the years since 9/11, the WMD threat from terrorists has actually increased, not lessened. The executive summary states: "The simple reality is that the risks that confront us today are evolving faster than our multilayered responses . . . in our judgment, America’s margin of safety is shrinking, not growing . . . Though U.S. policy and strategy have made progress, they have not kept pace with the growing risks." 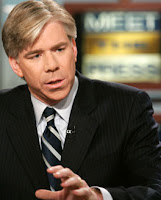 Our media is simply a national disgrace. David Gregory on MTP just read statements from Boehner and other Republicans now intent on pretending to be fiscal conservatives, and then got all snotty with Rahm Emmanuel because some of the stimulus package is composed of things other than ‘shovel ready’ jobs. "is it a shovel ready job? But is it a shovel ready job?"

Here is a shovel ready job. Someone take a shovel and brain David Gregory.

President-elect Barack Obama promises to be the most virulently pro-abortion president in history. Millions more children will be endangered by his radical abortion agenda.

Celebrating his inauguration with "Freedom of Choice" doughnuts -– only two days before the anniversary of the Supreme Court decision to decriminalize abortion -– is not only extremely tacky, it’s disrespectful and insensitive and makes a mockery of a 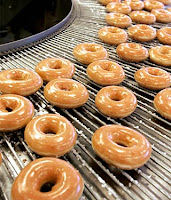 A misconstrued concept of "choice" has killed over 50 million preborn children since Jan. 22, 1973. Does Krispy Kreme really want their free doughnuts to celebrate this "freedom."?

President Bush prepares to leave office with no evidence that public opinion toward him is softening during his final days in power, according to the latest New York Times/CBS News poll.

Disapproval cut across party lines, with Democrats, independents and even 34 percent of Republicans critical of Mr. Bush’s performance. 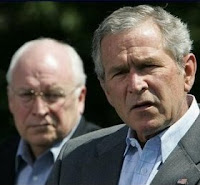 The Bush administration is aggressively pushing back against a federal court order instructing the most important offices in the White House to preserve all of their e-mail.

Top photograph by The Associated Press

Give a break Ram, your ilk wanted to put Raygun on Mount Rushmore. Even the Demonocrats didn't want to put that Commie FDR next to the Big Four.