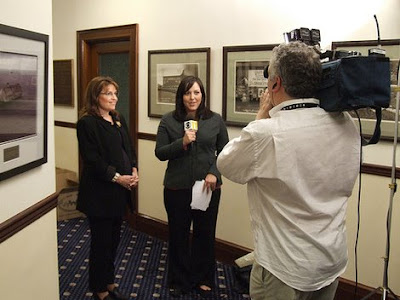 Five days before Trig's birth: Palin sure looks pregnant to me 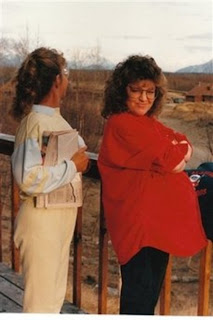 herself that the liberal news media spread the rumor she had faked a pregnancy to cover for her daughter Bristol, who it was claimed was the real birth mother of baby Trig.
Alas, Boehlert's story isn't a whole lot more than a clip job, albeit an admirably thorough one, that documents what I and anyone who closely followed the pregnancy conspiracy story well knew: The mainstream media treated the story with kid gloves and dropped it when it proved to have no legs.

In reality, the story was pushed by commenters and diarists at a few left-of-center blogs and by blogger Andrew Sullivan (photo, below right) well after they had gone on to other conspiracies. Sullivan's metamorphosis from conservative Republican and nominal Bush supporter to Obama enthusiast and Palin basher 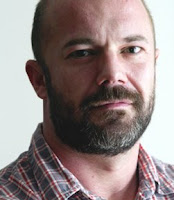 attracted an even greater audience to his already popular Daily Dish blog during the presidential campaign.

But beyond Boehlert's recounting are some important observations:

* Sullivan, whom I admire enormously for his ability to be knowledgeable and passionate about a wide variety of subjects, became obsessed with the story, and his usually astute perspective suffered as a result.

It is obvious from a review of the many posts that Sullivan did on the story from August 31 through mid-December that left with little more than some skimpy anecdotal evidence and a smattering of stories in the mainstream media on questions surrounding Palin's real pregnancy, he kept churning pretty much the same information over and over again.

* Palin and her handlers, who decided from the outset to cast the mainstream media as one of the un-American "elites" that she constantly 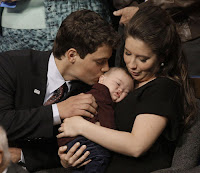 flogged on the campaign trail, were unwitting accomplices in Sullivan's lonely crusade.

Rather than clear the air, they further fouled it by refusing to answer questions about the false-pregnancy story off or on the record while refusing to release medical records or otherwise make her obstetrician and other doctors available. And when the story was long a goner, Palin herself brought it up last week in again making the bogus claim that the liberal media had been the perpetrator and then for good measure sunk her teeth into "bored, anonymous, pathetic bloggers who lie."

* While there has been very little litigation involving the infant blogosphere, the fake-pregnancy story should serve as a

wake-up call to bloggers who allow their comments sections to be hijacked by truthers peddling their pet conspiracy theories.

As it is, blogs are no more immune from being sued than traditional media, but do have some protections that sooner or later are likely to go poof! as the result of a big and messy case in an era when the Supreme Court and the judiciary in general has become less sympathetic to traditional freedom-of-speech arguments.

* * * * *
On August 29, the mainstream media was blindsided by John McCain's selection of the Alaska governor as his running mate. The following days became a feeding frenzy involving all things Palin.

Within nanoseconds of the September 1 announcement

that Bristol Palin was pregnant, the fake-birth conspiracy had gone from a rumor stoked by commenters at a few left-of-center blogs to a story much pursued but not published by that liberal media, which already was locking horns with the Republican campaign over its refusal to make Palin available to the press.

Boehlert notes that except for a brief and skeptical item on the Anchorage Daily News' political blog, no media outlet reported the rumors prior to the news that Palin's daughter had been knocked up.

mainstream media. That would be something called extreme skepticism.

I was late to the feeding frenzy because I took a few days off over the Labor Day weekend to feed my music-festival muse, and while I jumped into the Palin story with both feet upon my return, I focused on her not-ready-to-lead unsuitability, problematic record, ability to bite but apparently not chew and digest, and especially her rank hypocrisy regarding Bristol's pregnancy.

I avoided even mentioning the rumor because it didn't add up, while the photographs that began to circulate of Palin in her third trimester -- or her daughter's third trimester, as the conspiracy freaks would have it -- showed a woman who was definitely preggers.

months. And when the liberal media did mention the online rumors it was in the context of the Bristol Palin pregnancy announcement, which was an obvious effort to dispel the fake-pregnancy rumors and not celebrate two clueless teenagers having unprotected sex.

The point is not to pat myself on the back (pat, pat), but to rue that Sullivan keeping adding up stuff that wasn't there.

After initially bashing the McCain-Palin campaign for criticizing the press over doing its job and praising Palin for electing to give birth to a Down syndrome baby rather than aborting it, Sullivan moved on to criticizing her for not allowing the hospital to

announce the birth on its Web site, let alone being able to find a record of the birth. He didn't let up after Election Day, breathlessly reporting on December 5 that only the fourth photograph (above) of Palin pregnant with Trig had been found although the campaign had insisted there were "loads" and then was forced to retract.

Sullivan published his last post on December 16, which to his credit included a link to Alex Massie's lengthy recapitulation of what was known about Palin's pregnancy and polite take down of Sullivan.

* * * * *
ArchXIX, a commenter at the evil Daily Kos may have been the first to note the

fake-pregnancy rumor, but the blog definitely was the first to try to debunk it after publishing the five-days-before-birth photo atop this post.

Boehlert notes that other bloggers quickly ran from this house on fire while Sullivan was running into it.

"We didn't want to touch the Sarah Palin pregnancy story with a 10-foot pole and the overwhelming consensus [among bloggers] was to strongly discourage anyone that was running with the rumors," wrote Martin Longman at Booman Tribune. "We stifled the story as much as we could without deleting people's diaries."

Longman might want to think again about not deleting the deadlier Molotov cocktails that turn up on his and many a blog in the form of comments.

Glenn Reynolds, who is a law professor when not praising his 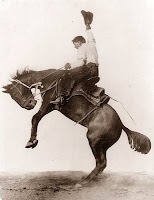 advertisers' products at Instapundit, writes that blogs are no more immune from libel suits than newspapers and other publications, but do have the protection of the Communications Decency Act and furthermore usually write about public figures, meaning that malice with reckless disregard for the truth would have to be proved.

Kiko's House gets in one month the number of comments that many big blogs get in one hour, so I don't feel under the gun. I also don't hesitate to delete comments that I find offensive or demonstrably false and have the potential to cause harm.

But, alas, the Wild West nature of the blogosphere is finite and there already has been a notable case against a sockpuppet commenter. It will only be a matter of time before some injured party with a crackerjack lawyer makes case law by ripping the teensy fig leave from the privates of some big blogger somewhere.

We have been warned.

Anonymous said...
This comment has been removed by a blog administrator.
12:45 PM

Clearly, Mrs. Palin is just trying to stay in the NEWS until 2012.
There isn´t any mention of her anywhere OTHER then the Blogs where DIARISTS get togther for a YAP, which is fine

Thanks shaun, you're one of the few writers who has attempted to interpret/analyze what occured in this particular case.

I wrote about Trig's birth at TMV thinking the child deserved welcome into the world, rather than having his progenitor questioned. Most of the commenters enjoined that. When one did not, the other commenters, sort of like good blue tick hounds, brought that person back into a better line.

I would like to speak to you more about this entire issue of how women are treated in media when not liked by some... as you said, sticking to the issues of knowledge, record, policy decisions etc seem reasoned re any candidate regardless of gender.

But there is an oddity I've observed in how women are too often covered by both MSM and B o' S. I think no one has made an issue of Barack's breasts, for instance, (displayed prominently in pix from Hawaii) but the uproar about a teeny bit of cleavage from a woman set off an entire week of crazed, not reporting, more like harangue.

I'd just mention too, living in the West all these years, that though I've heard many refer to B o' S as 'the wild west' ... they may not realize that when the West was only a territory and even before that...

It was not a place where anyone did as they pleased. In fact it was a place where hundreds of thousands of innocents were murdered just for being, where fatal and contagious illnesses prevailed, where people froze to death by the thousands in the deserts and the mountains, where infant mortality was said in most parts to be one child living to majority out of every five born.

"The wild west' was a place of back-breaking daily labor for both women and men except for a handful who in the late 1800s owned mines.

But, the west was not a place where people wrote from home and were secure in knowing they were likely to live many decades longer to tell about it. It was a place where the slip of an axe could infect a leg and kill the man from sepsis within three days.

You are correct therefore, I believe, in issuing a clear warning about forfeiting journalists' ethics online, for when the 'peacemakers' and lawmen came to the west, there was actually even more bloodshed than ever before, and for a long time. Often the lawmen were more like mafioso, grouped as gangs, and even though for the supposed good, often enough shot people dead not because of what they'd done, but because of what they suspected them of doing behind the scenes.