A Big Two & A Half Bailout Update: Is Detroit Finally Getting In Gear? 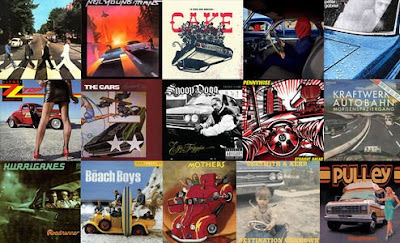 As had been promised, General Motors and Chrysler found down payments on $17 billion in bridge loans under their Christmas trees, so have their prospects brightened with the start of the New Year? The short answer is that it's too soon to tell, and things may actually get worse before they get better, but there is a sense that the Big Two and a Half (Ford didn't ask for loan money this time) may be turning the corner.

That would be quite an accomplishment amidst a deepening recession and credit crunch that pushed U.S. sales down 18 percent last year, the steepest decline since 1979, and the prospect that car-sales woes will spread to Europe and Asia where GM and Ford have been doing comparatively well.

Then you read stories that jolt you back into reality: 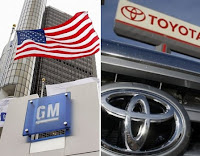 General Motors hasn't made money on its core auto business since 2004 and hadn't done diddly squat about it -- no axing top managers, no trimming duplicated model lines, nothing of consequence -- until forced to get off its duff in return for getting its tin cup filled with taxpayer money.

In contrast, Toyota -- which has displaced GM as the world's largest automaker -- went to battle stations months before it announced its first operating loss in history. It changed management and overhauled its entire network from research and development to dealer operations.

Meanwhile, Chrysler is trying to enter into unholy matrimony with Fiat, which

makes all kinds of sense because the Italian automaker is good at what Chrysler ain't, except that we still kind of don't know who owns Chrysler.

This is because Cerberus Capital Management is a privately-held company and the identity of about 100 "co-investors" who ponied up when Cerebrus bought Chrysler from Daimler seems to be an even bigger secret than why Chrysler is flirting with bankruptcy by marketing car after car that is a cross between retro and pimpmobile.
EMISSIONS STANDARDS: IT'S ABOUT TIME
Also as promised, President Obama will direct federal regulators to expedite applications by California and 13 other states to set strict automobile emission and fuel efficiency standards.

This is good news on two fronts:

Stricter fuel standards are long overdue and more than doable despite whining from Detroit. And the new president is directing the Environmental Protection Agency to green-light the states' applications, which the Bush administration had opposed against the EPA's wishes for reasons that ranged from the sublime to the ridiculous.

Detroit automakers have challenged the stricter standards in court. Whether they dare to do so while on the federal dole remains to be seen.

There once were too many domestic car dealers. Now there are too many dealers, period. Robert Farago notes the irony of dealers gathering in New Orleans for the annual NADA confab this week since about 80 percent of car loans are "under water."

Survival of the fittest -- you know, that old natural selection thingie -- would seem to be the best way to cull the surplus of dealers, but state franchise laws make it extremely difficult for automakers to pink slip them. 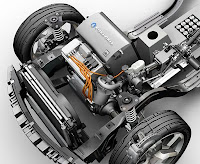 The Good News: General Motors will invest $30 million in a Michigan plant where LGChem will assemble lithium-ion cells for its make-or-break Chevy Volt.

The Bad News: The actual cells are made in Korea, which takes a bit of the glow off of the announcement that the General had chosen LG over a A123 Systems, a domestic battery maker.

The Good News: LGChem gets massive support from the Korean government, which the domestic maker does not.

The Bad News: A123's battery cells are made in China.

The Good News: The Chinese manufacturer gets massive support from . . .

WHY BAILOUT FEVER IS CONTAGIOUS
France and Italy, among other countries, have joined 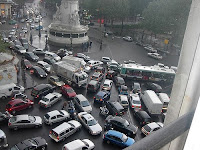 the U.S. in bailing out their domestic auto industries.

Fester does a terrific job of explaining why these relatively small investments can reap big dividends:

* The current paradigm of wealthy nations maintaining a car-centered mass culture will continue to be a marker of success.

* Dealing with overcapacity is a game of high-stakes musical chairs with big winners and big losers.

* Bailouts will be enough of a bridge to make it through the recession.

* And the biggie: Any major country without a functioning auto design and manufacturing industry will see its balance of trade destroyed. 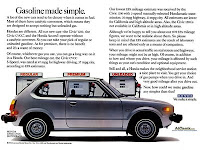 I drove Volkswagen Beetles in the 1960s and 70s that got better gas mileage than almost anything on the road today, which begs the question: Why do cars today get comparatively lousier gas mileage?

The short answer is that Americans are overweight and so are their cars, and while new standards are 40 percent higher than today's, they're merely on par with cars like the 1978 Honda Civic, which got 35 miles to the gallon toodling around town and upwards of 50 miles to the gallon with a good tailwind on the interstate.

KNOWING A WINNAH WHEN IT SEES ONE

Audi was the official sponsor of Barack Obama's inauguration. Really.

It hogged all of the advertising on the networks, ran eight-page special sections in major newspapers and will keep this overtly partisan politicking going with "monthly insights" into all the cool things that it's doing. Incidentally, the German automaker was one of the very few to show an increase in sales last year.