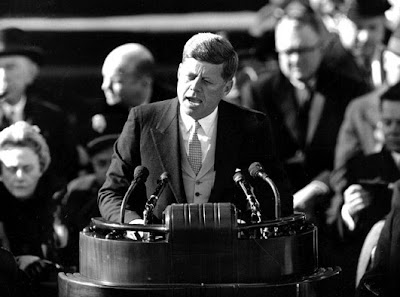 (REPRINTED FROM YESTERDAY BECAUSE I CAN)


The land was ours before we were the land's.
She was our land more than a hundred years
Before we were her people.
* * * * *
Ten or so weeks before the Kennedy inauguration, my mother and I had patiently stood in front of the tiny passenger terminal at the airport. It didn't matter 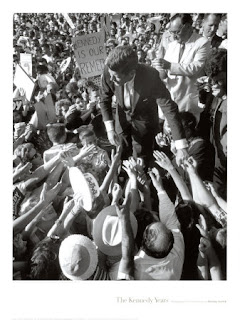 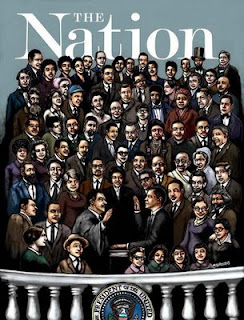 Dwight Eisenhower had been a not-bad president, as my dyed-in-the-wool Roosevelt Democrat mother would grudgingly acknowledge years later, while George Bush leaves a legacy of blight and bitterness that I can barely comprehend not as an adolescent awakening to the world's ways as I was on that Inauguration Day 28 years ago today, but as a wordly wise sixtysomething who has seen war, pestilence and sorrow over a long career as a journalist.

The mood is euphoric today as perhaps two million people have converged on Ronald Reagan's Shining City on the Hill, and could not be more different than mood and size of the crowds in the hours before the Bush inaugurations. The DF&C and I feel pretty jazzed, and this is day of celebration for us, as well.

Today will indeed be a day to celebrate, but come tomorrow it will be time to try to begin the healing.