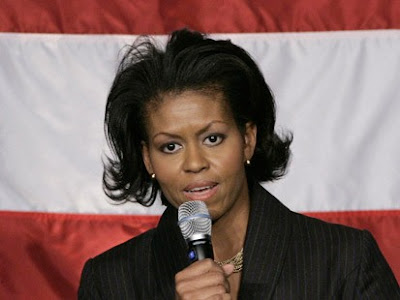 JUAN WILLIAMS: Yeah. And let me just -- let me just tell you this: If you think about liabilities for President Obama that are close to him -- Joe Biden's up there -- but Michelle Obama's right there. Michelle Obama, you know . . . 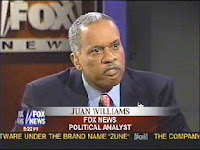 WILLIAMS: She's got this Stokely Carmichael-in-a-designer-dress thing going. If she starts talking, as Mary Katharine [Ham] suggested, her instinct is to start with this "blame America," you know, "I'm the victim." If that stuff starts to come out . . .

WILLIAMS: And she'll go from being the new Jackie O to being something of an albatross.

This isn't an isolated statement about something someone said last year, it fits into an established narrative of who black women are. Rather than being

the hyper-sexualized Jezebel popular in rap music, she's portrayed as the masculine ball-buster, the kind of women ignorant men write "why I don't date black women" essays about, trying to convince themselves that there's something rational about hating the kind of woman who gave birth to you. Williams' statement makes me angry not because it's about Michelle, but because it's so manifestly not about her, but about black women in general. And maybe with some kind of messed up, terrible rationalization I can divorce myself from what happens in Hip-hop because I know Jeezy isn't talking about my mama. But when people talk about Michelle like this, they're talking about this universe of brilliant, accomplished black women who never seem to get their due. They're talking about the women I know; my mother, my aunts, my cousins.

Juan Williams calls Michelle Obama "Stokely Carmichael in a dress," thus proving he knows very little about Michelle Obama and even less about Stokely Carmichael. I have the urge to say something really nasty right now. But I never like those blog posts when I read them a week later. I don't know how to begin to address this dude. I can only say the following -- It's a dangerous, dangerous thing to make a living running your mouth.

We're way past the point at which it's reasonable to expect Fox News personalities to apologize to those they smear, but a) Juan Williams probably shouldn't expect any White House exclusives anytime soon, and b) the Obamas' "honeymoon" apparently never actually started, at least as far as the Republicans' news network is concerned.

A close second in the Negro Nitpicking Sweepstakes came the critique that Michelle Obama was wrong for not wearing at least one black designer on inauguration day. 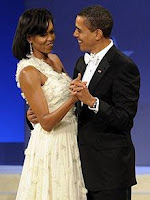 Um . . . she wore designs by a Latina and an Asian American -- tell me we're not back to the idiot days of the Obamas having to prove they're down for black folk. More importantly, her husband just appointed African Americans as UN Ambassador and ATTORNEY GENERAL. Personally, I think black America stands to benefit more from a top down opposition to racial profiling than either Obama checking off to-dos on this byzantine blackness list.

Here is a useful bit of information that we might reflect upon during the next four years: Barack Obama is the President, not the host of Soul Train.
-- JELANI COBB