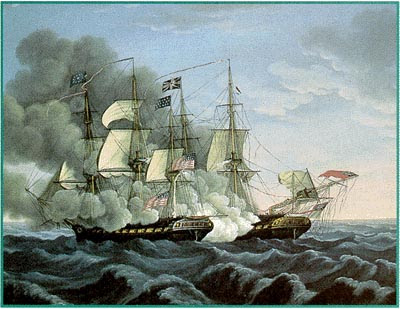 I believe that Mr. Obama intends to craft a new nationalism, using the disassembled timber of our traditional values to build a new, more collectivist -- less individualistic -- ship of state. The planks will look vaguely familiar, but the ship will be quite different. It is as if he would disassemble the warship Old Ironsides and build with its timbers a collectivist's Ark.

Oddly, my suspicion is confirmed by my liberal friend, scholar and columnist for The Washington Post E.J. Dionne, who wrote last week that "President Barack Obama intends to use conservative values for progressive ends. He will cast extreme individualism as an infantile approach to politics that must be supplanted by a more adult sense of personal and collective responsibility . . . And in trying to do all these things, he will confuse a lot of people."

. . . A politician who will not sail under his own flag, in effect sails against all flags. Such 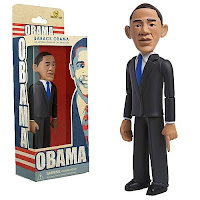 a strategy may, in time, undercut his support from increasingly suspicious progressives, liberals, moderates and conservatives - once they recognize the deception.

One of these days I expect to visit the cereal aisle of my local supermarket and discover Barack Obama's saintly smile on a Wheaties box.

Hey, why not? He's already a marketing phenomenon. Ben & Jerry's has introduced a new flavor of ice cream, "Yes Pecan!" A toy company is hawking a six-inch plastic Obama Action Figure, "in a time when America so desperately needed a hero" (in the words of the online sales pitch). Most importantly, Obama's circular logo, with the red and white path fronting a rising sun, is as ubiquitous as the Target bulls-eye and the Nike swoosh. He’s the first great 21st-century brand; in web parlance, he's Commander in Chief 2.0. 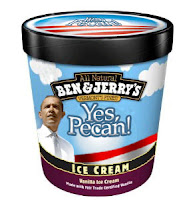 He's a new kind of president, offering a new paradigm for governance, at a time when the nation is in the throes of tumultuous economic, cultural, and demographic change. He seems well suited to this historic moment; indeed, he seems to embody the America of the new millennium. And, with the aid of his cutting-edge communication tools, he seems uniquely well positioned to bond with a citizenry that is thirsting to believe -- assuming, of course, that a citizenry hooked on instant gratification can be persuaded to be patient.

The big question -- which will dominate the political plot arc of the next four years -- is whether he can pull it off.

Now, my job is to communicate the fact that the United States has a stake in the well-being of the Muslim world, that the language we use has to be a language of 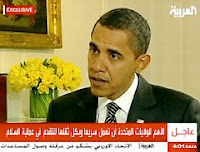 respect. I have Muslim members of my family. I have lived in Muslim countries . . . And so what I want to communicate is the fact that in all my travels throughout the Muslim world, what I've come to understand is that regardless of your faith -- and America is a country of Muslims, Jews, Christians, non-believers -- regardless of your faith, people all have certain common hopes and common dreams. 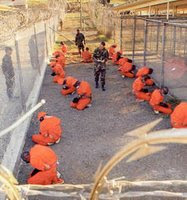 For all the yammering by talk-radio nitwits and GOP chicken hawks about "supporting the troops," it's quite ironic that these same pundits and politicians have had little to say about the many high-ranking troops who support Obama's decision to close Guantanamo Bay. Throughout, the Bush presidency, I made the point time and again that thanks to talk radio, being a "conservative" now meant never questioning your government so long as a Republican was in charge. To not support the president in a time of war was not only unpatriotic, but anti-military, we heard time and again. Last week these same pundits and politicians not only refused to support their president and his decision during a time of war, but on torture and Guantánamo Bay -- they loudly and boldly opposed the military.

If I were to give advice, I would say to just forget the politics of it all, at least in the 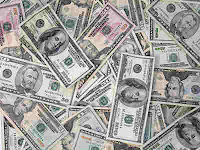 House. You have the votes [to pass a stimulus package]. Just put whatever you think will best get the economy rolling again, and if the Republicans have an idea that will help, add it. If the House Dems lard it up with useless stuff, get it out. The majority of the Republicans can be counted on to act in bad faith, so bipartisanship should not be giving them symbolic nods just to get their votes. Bipartisanship should be including their good ideas when they have them.

Trust me. That will be so rare, it will be obvious when they have a good idea. It will look as out of place as a whale in a salad bowl.

Any amendment to the Constitution isn't something that should be undertaken lightly. What's more, I believe this problem was resolved with the 1th Amendment -- but apparently it wasn't. So I wholeheartedly endorse this proposal by Wisconsin Sen. Russ Feingold, a new constitutional amendment to require special elections to fill any future U.S. Senate vacancy:

"The controversies surrounding some of the recent gubernatorial appointments to vacant Senate seats make it painfully clear that such appointments are an anachronism that must end. In 1913, the Seventeenth Amendment to the Constitution gave the citizens of this country the power to finally elect their senators. They should have the same power in the case of unexpected mid term vacancies, so that the Senate is as responsive as possible to the will of the people."

"One man, one vote" is one thing, but one man, all the votes is a complete farce. The wheeling and dealing of Illinois' Rod Blagojevich and the Caroline Kennedy follies in New York were an embarrassment to American democracy -- the sooner this unnecessary tradition of gubernatorial appointments ends, the better.

The subpoena requires Rove to testify regarding his role in the Bush administration's politicization of the Justice Department, including the firings of nine U.S. attorneys and the prosecution of former Alabama Gov. Don Siegelman.