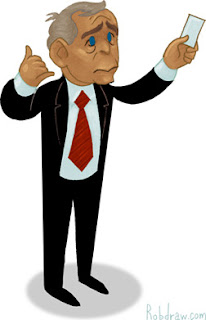 For many of President Bush's critics, the fact that he is now seeking work in the worst job market in a generation is poetic justice. As Bush noted in his farewell press conference, he is too much of a Type A for "the big straw hat and Hawaiian shirt, sitting on some beach." (He might want to reconsider: Thanks to the recession, tropical resorts are running great promotions.)

Given recent history, Bush probably expects to profit from ex-presidency. Bill Clinton reported income of more than $90 million from 2000-07. But Bush is very unlikely to earn Clintonian numbers. Ex-presidents peddle image, presence, and experience. In Bush's case, each is tarnished. To aggravate matters, many of the industries in which ex-presidents make easy money are a) doing poorly, and b) based in the Washington-Boston corridor where Bush hostility runs deep.

He doesn't charm like Clinton did and Bush tried to. Unlike both men, but especially Clinton, he appears to have no need to be loved by everyone in the room. He often

finds it hard to disguise how tired he feels. He is capable of evoking enormous inspiration, but he has yet to be able to hide it when he is bored. There is a wryness to his conversation and a dryness to his humor, both of which are sustained by an intellect of power. The revered liberal jurist Larry Tribe has said that in decades of teaching at Harvard Law School, he has never had a cleverer student than Obama. I don’t think he's exaggerating. Intellectually, Obama is in Bill Clinton's league. But what he has over Clinton is emotional intelligence to buttress his grasp of policy.

What he gets, what he seems to intuit, is how to make others feel as if they are being heard. This is simple enough in theory but hard to pull off consistently in practice. His model is to figure out what another person needs and, if it helps Obama to get what he wants, to provide it. 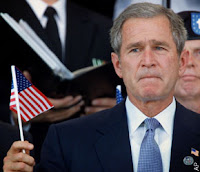 As George Bush toddles off into the sunset, his problematic legacy an issue for historians to hash out, I find myself in a deep depression – a full-blown, down in the dumps, near-suicidal, serotonin choking, crusher case of the blues. It is at times like this I wish I still had my Zoloft prescription although I could do without the weight gain and zombie-like side effects.

No more George Bush means no more daily dose of liberal derangement about him. And no more liberal derangement about Bush means I will have to find some other avenue that can match the sheer entertainment value of watching while otherwise (nearly) normal Americans made gargantuan fools out of themselves by blaming the president for everything from acts of God to the acts of terrorists.

The cost of the war in Iraq, and in Afghanistan, has been great. Last Wednesday afternoon, in the midst of all the other activities of the final week of an administration, 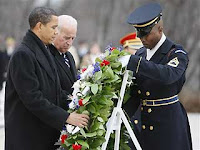 Bush had 40 or so families of fallen soldiers to the White House. The staff had set aside up to two hours. Bush, a man who normally keeps to schedule, spent over four hours meeting in small groups with the family members of those who had fallen in battle.

This past weekend Barack Obama added to his itinerary a visit to Arlington National Cemetery. Obama knows that he, too, will be a war president. He knows the decisions he makes as commander in chief will be his most consequential. And so on Sunday morning, before going to church, he placed a wreath at the Tomb of the Unknowns and stood silently as taps was sounded. The somber tableau provided quite a contrast to all the hubbub and talk of the last few days. Obama's silent tribute captured a deeper truth, and -- I dare say -- a more fundamental hope, than could any speech.

Barack Obama is serving as president right now but he doesn’t own the office, he's just borrowing it, and the lack of a feeling of entitlement may help Republicans deal with him more justly than at least some Democrats treated his predecessor. May he have a successful term of office!

President Barack Obama is going to get his Blackberry. 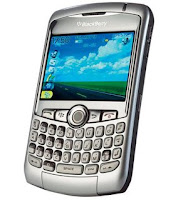 . . . [A] government agency that the Obama administration will not reveal -- but that is probably the National Security Agency -- added to a standard Blackberry a super-encryption package and Obama will be able to use it . . . still for routine and personal messages.

Margaret, I think I might need to take your advice and watch less television. I'm not sure my blood pressure medicine is strong enough to take one more talking head on the news suggesting that history will somehow place George W. Bush in the same league with Abraham Lincoln. Historians by their very nature have long memories not short ones. Bush is an idiot now and will still be an idiot 100 years from now. Thank God this eight year fraternity party is finally coming to an end.

But it’s not so much George W. who has me flabbergasted. 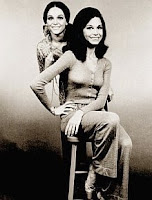 You would have thought his departure would have instantly increased the IQ level inside the Beltway. But while the entire nation is singing "ding dong the witch is gone" members of Congress seem to forget that they're the only ones who have a lower approval rating than the jackass himself. Talk about glass houses. Congress gave Bush a blank check. They allowed the continuation of an illegal war. And they looked the other way while the White House took away our basic civil rights. This all happened while the fox watched that little hen house we call the Capitol and now Congressional politicians are coming out of their holes to pontificate on Obama's every move before he has even been sworn in - much less starts a war. It's sort of like Rhoda telling Mary that she looks fat in that dress.

[Obama's] definitely at the spearhead of a mood for change -- no doubt about that. And he certainly rallied

the American people to his candidacy. But I'm not understanding what this "social movement he created" is all about.

You could summarize Ronald Reagan’s mandate -- and his governing philosophy -- on an index card: restore America's military might and win the Cold War; unshackle the economy by cutting taxes and regulation; and recommit the United States as the torchbearer for freedom around the globe. That was Reaganism, and the amazing thing: he pretty much accomplished all three.

I couldn't begin to summarize Obama’s governing philosophy in a book, let alone an index card. Does change count as a governing principle? Is hope a mandate? Is "reaching across the aisle" code for some type of policy or initiative? I have no clue. I'm curious to see if there’s actually an Obamaism, and what that might be. 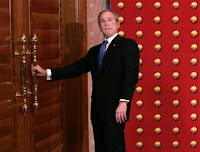 When supporters begin blithely claiming that the war in Iraq is over and we won, or declare that history will vindicate Mr. Bush, they are naturally not taking into account that this war may very well lead to even more terrible blowback in the years and decades to come. Indeed, the full costs of Mr. Bush's failures will not be known for many years. In the terrible event that there are more disastrous consequences of Mr. Bush's policies, will his apologists at that point acknowledge that he was a failure, or will they construct new arguments to claim that he cannot be held responsible for what happened later on? We already know the answer to that.

I still think little Rick is misspelling his last name.