Why Were Psychologists Behind The Curve On The Bush Torture Regime? 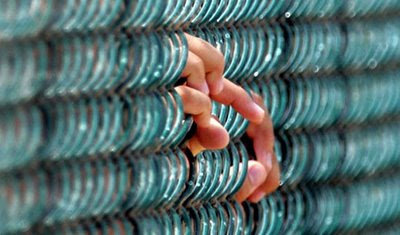 In September of this year, the American Psychological Association reversed a longstanding policy by voting to prohibit its members from participating in interrogations or acting in an advisory capacity at Guantánamo Bay and elsewhere after revelations that some psychologists have been involved in so-called intensive interrogation sessions. The ban belatedly brings the APA into line with the American Medical Association and American Psychiatric Association.

In a recent New York Times op-ed piece, Stanley Fish asks a provocative question: Why did psychology, generally considered to be one of the most liberal of disciplines, lag behind its sister professions regarding one of the most troubling consequences of the so-called War on Terror — the Bush administration's approval of the use of torture and enlisting health-care professionals in and out of uniform into helping extract information from terrorists and other so-called enemy combatants?

Joining me in discussing this issue is Dr. Clarissa Pinkola Estés, a friend and associate editor and fellow columnist at The Moderate Voice. Dr. E is a psychoanalyst who has been in clinical practice for 38 years and specializes in post-trauma recovery, often including veterans, as well as being a poet and author whose books have been published in 32 languages.