Eight Years On, The Depressing Task Of Comparing Bush's Words To His Deeds 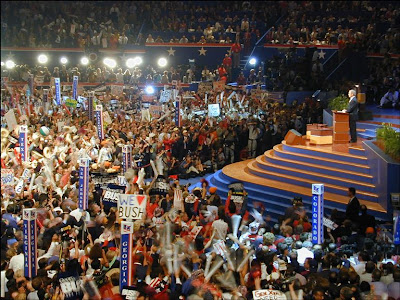 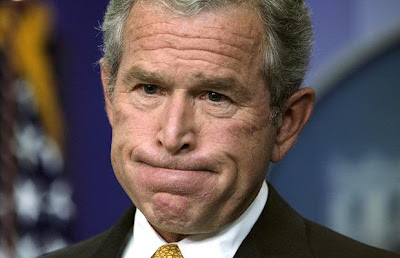 GEORGE WALKER BUSH: THEN AND NOW
I had long planned to post an abridged text of George Bush's 2000 Republican National Convention acceptance speech closer to Inauguration Day and compare his words with his deeds, but the post-mortems already are flying fast and furious. This includes a lot of revisionist clap-trap from conservative bloggers whose heads remain firmly up their backsides, including drivel to the effect that because Bush "is a kind and decent man" the excesses and failures of the last eight years should be overlooked if not excused.

I happened to be in the hall when Bush accepted the nomination that steamy August night in Philadelphia and was horrified not just by the vacuity of his words but the knowledge that up on the podium was a resume without a man into which every neoconservative and other Republican with a burr in their saddle would pour their pet animosities, causes and policies.

Following are excerpts from the speech in italics and what has transpired:

Mr. Chairman, delegates, and my fellow citizens . . . I accept your nomination. Thank you for this honor. Together, we will renew America's purpose.

Photography: Declan McCullagh (top), Reuters
Posted by Shaun Mullen at 3:44 AM
Email ThisBlogThis!Share to TwitterShare to FacebookShare to Pinterest