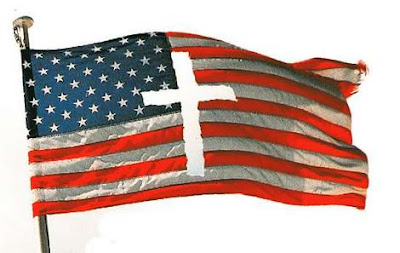 Has it occurred to anyone else that the Republican party has become the party of money, guns and sex? It seems to be the only things they think about. Who is having sex with who? How much are my taxes? Keep your hands off my guns. I really think they would explode if a gay couple used their tax refund to purchase an AKA assault rifle. They wouldn’t know whether to hate the sinner or compliment the sin. All the problems we have in the world and this is what we are wasting our time worrying about. Squeaky wheel folks . . . squeaky wheel gets the oil.

Imagine what the Religious Right Wing of the Republican party could have done if they had used their supposed Christian morality to squeak about helping the poor. They could have swept the election if someone had said something like: As Christians we think Christ would want us to tend to the suffering of the poor so universal health care is important to us. And money is no object. We will gladly share some of our riches to help the least among us.

My God but what a unified electorate that would have been.

Simply put: Armband religion is killing the Republican Party. And, the truth -- as long as we're setting ourselves free -- is that if one were to eavesdrop on private conversations among the party intelligentsia, one would hear precisely that.

The choir has become absurdly off-key, and many Republicans know it.

The demographics are changing, and it's probably true that the proportion of voters who identify as conservative evangelicals -- white conservative evangelicals -- will decline over time. It's also probably true that white conservative evangelical identifiers will become less focused on the cultural issues that defined our politics in the 1990s and more focused on the challenges of globalization, the environment and technology. That's the generational ticking time bomb for single issue pro-life voters. But the realities of politics today are such that the GOP cannot win national elections without the enthusiastic support of white evangelical Christians. They can try; it won't happen. That depresses moderates in the party, it depresses atheists and agnostics in the party, but it's the reality.

To throw this out there: it will be easier for a conservative Catholic nominee, like, say, Bobby Jindal, to expand the Republican coalition rather than a white evangelical protestant like Mike Huckabee.

The GOP’s mistake in trying to use social issues as a wedge rather than gathering under their tent the bulk of voters who would cast their ballot for a candidate who espoused Republican principles is what lost them the election.

It’s true that many liberals and secularish conservatives are a bit freaked out by that particular wing of the party – but why exactly?

It’s certainly not because of religion alone. And it’s not simply because liberals strongly disagree with social conservatives’ political views. I mean, I happen to think that strong versions of economic libertarianism are pretty silly – if not downright pernicious (though I do consider myself a hard core social libertarian). But I don’t have the visceral loathing toward economic libertarians that I have toward, say, James Dobson or Sarah Palin. Why is that?

Personally, I think the oogedy-boogedyness stems from fear – on some level, liberals are simply afraid of social conservatives. Fairly or no, liberals perceive them as a direct and credible threat to their own personal liberties.

For a long time, I was kind of amazed by the libertarian rhetoric of the GOP, the way that somebody could argue for torture and corporate welfare and unchecked police powers and massive deficits and a global empire, and then follow it up with “Because I believe in limited government and the free market.” The cognitive dissonance wasn’t what bugged me (I’m cynical enough to take it as a given that politicians know how to lie) but rather that they would even bother appealing to the small government crowd that they feel free to screw over. I mean, aren’t we, like, a miniscule faction?

And then it hit me–it was never about us. All those dog whistles that libertarians respond to whenever Republicans blow the whistle? Those were for other people.