Home By Christmas. Or Something. 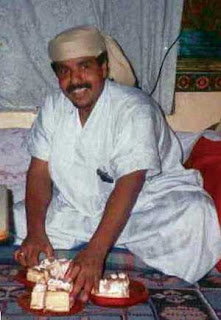 Former Osama bin Laden driver Salim Hamdan is being transferred from the outlaw prison at Guantánamo Bay back to his home country of Yemen.

Hamdan, who made legal history with a Supreme Court appeal that invalidated military commissions established by the Bush administration in the wake of 9/11, was convicted of aiding Al Qaeda in August and sentenced to 5 1/2 years in prison after a jury of six officers found him guilty of only the least serious charges. With credit for time served, Hamdan would be eligible for release in January.

The unexpectedly light sentence put the Pentagon in quandry: While the White House got less than a half a loaf with the sentence, it claimed that the system worked but at the same time vowed that Hamdan would not be released from custody until the Global War on Terror is over.

Officials would not address the change of heart, but it should be noted that Yemen has frosty relations with the U.S. and in the past has released terrorists on their own or allowed them "to escape."