Linking Health-Care Reform To The Bailout Package: Let's Do It, Dammit 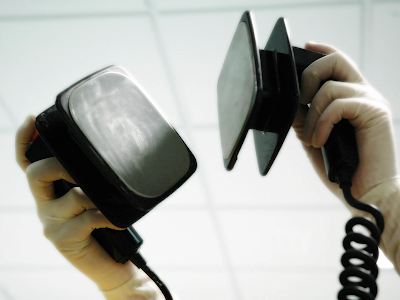 I have watched the evolution of the $700 billion (or $2 trillion or whatever) bailout package with a combination of shock and horror because of the inclination of many a policy wonk to turn it into a giant universal wrench to deal with a host of problems beyond Wall Street.

Or at least I was until I considered an idea that will be widely viewed as apocryphal: Why not spend a chunk of that dough as a stimulus to jump start health-care reform?

America's gravely ill health-care system is the greatest threat to social stability and well being because its multi-layered and maddeningly complicated dysfunctionality cuts so many different ways. The self-inflicted travails of the financial markets and Detroit's death spiral are a distant second and third.

The system's disfunctionality has not been addressed for the very simple reason that the people who have needed to do so -- the president and Congress -- lack the political will.

They lack the political will because insurance and pharmaceutical companies, as well as for-profit hospital groups, like things pretty much as they are, are the most generous campaign contributors, and will continue to shovel tens of millions of dollars into Washington pockets to protect their death grip on the system. As it is, Big Pharma is about to unleash a huge ad campaign on the evils for reform.

Economist Dean Baker pitched the idea of using the bailout package as a stimulus for the system in a day-after Election Day piece at the Huffington Post that I bookmarked and finally got back to.

I'm glad that I did because Baker's prescription is bloody brilliant to someone who covered Hillary Clinton's universal health care debacle back in the day and has despaired over what it will take to begin to unshackle the system from those special-interest gigolos. I acknowledge that culture cannot be entirely changed (two cheers for free enterprise!) but it has to be brought to heel.

The time do so is now with the economy in crisis, staggering job losses, the wholesale loss of health benefits and hospitals and their emergency rooms so beleaguered.

An example: A leading hospital in affluent northern North Jersey, awash with resources and a top-notch staff, has had its emergency room on divert for days. Divert means that it is unable to take any more patients, who are sent elsewhere. But there is less and less "elsewhere" by the month as hospitals go under or close their ERs.

* * * * *
I'm pretty lousy at math once I run out of fingers and toes, but Baker suggests that $150 billion could be used to extend existing health insurance coverage in order to provide a jolt from a very large set of heart-attack paddles to the economy's chest.

"As a basic outline, the government can give a substantial tax credit (e.g. $3,000) to employers who cover workers for the first time in 2009 and 2010. It can also offer a tax credit covering most, or all, of any additional payments by employers who increase their coverage.

"This means that an employer who picked up the workers' share of insurance payments, or got a better plan, would have much of the cost reimbursed by the tax credit. Credits can also be given to individuals who are either self-employed, unemployed, or not otherwise covered through their employer."

Baker takes this a couple of steps further and in the direction of where the U.S. must go sooner and not later: The kind of universal coverage so widely and successfully embraced in other first-world countries that is the bane of American conservatives, all of whom apparently have excellent health-care plans.

* The Medicare system be opened up by allowing employers and individuals to have the option of buying into a Medicare-type plan.

* After 2010, those tax credits would be scaled back and replaced with a system of subsidies to pay the full cost of insurance for low-income people, and subsidies for higher income levels would be phased out.

In a nifty turn of phrase, Baker acknowledges that using health-care reform as an economic stimulus is "eating dessert before dinner," but then that is the purpose of economic stimulae, is it not?

If you're with me, you still need to hold the applause.

This is because of the elephant in the hospital room, so to speak: The incredible waste in the system.

No reform plan has a chance of succeeding until it is acknowledged that the waste is the special-interest gigolos' profits, and that will take a political will that I fear not even a Democratic Congress will be able to muster to change that.