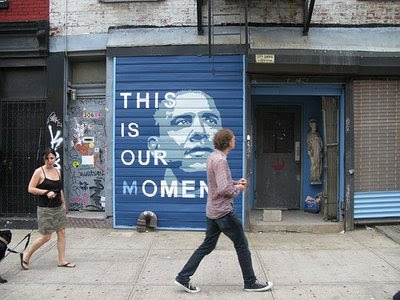 I don't blame Obama for his refusal to overtly champion the big cities. There was no way that a Democratic candidate - especially a black candidate - could win a presidential election if he or she was too closely identified with an urban agenda. For whatever reason, Americans are still enthralled by their small-town heritage, even though the small towns have long been losing population, and even though (as the Brookings Institution has reported) roughly two-thirds of Americans now live within the 100 largest metropolitan areas that also happen to generate three-fourths of the nation's economic output. Which is another way of saying that a landslide majority of people today - directly or indirectly - are economically dependent on the health of America's cities.

But Obama couldn't go around stressing cities, because a lot of voters, in suburbia and small towns, equate that word with black, and one of the lingering racial issues, which kept surfacing in the polls, was that a sizeable share of the electorate feared that Obama might prioritize the needs of black people at the expense of everyone else.

Donald Rumsfeld is writing his memoirs, and if his op-ed in the Nov. 23 New York Times is any preview, it should be a classic of self-serving revisionism. . . . During his six years as defense secretary, Rumsfeld famously wrote hundreds, maybe thousands, of memos to subordinates—they fell so rapidly from on high that his aides called them "snowflakes." According to several officials, many of these snowflakes contradicted one another; he seemed to be staking out several positions on key issues so that he could later claim that he'd taken the right side. In his forthcoming memoirs, he will no doubt quote chapter and verse from just the right snowflakes. Readers, be forewarned—he's blotting out the full storm.

-- FRED KAPLAN
Republicans are about ready to fall into a couple of traps that losing parties apparently can't avoid when the dust settles following a debacle such as they have experienced the last two election cycles. The first is the belief that the reason for being rejected by the voters is that their candidates weren’t "pure" enough ideologically and that only by pushing forward "true conservatives" can the GOP find its way back.

-- RICK MORAN
Americans on food stamps is poised to exceed 30 million for the first time this month, surpassing the historic high set in 2005 after Hurricane Katrina.
-- JANE BLACK 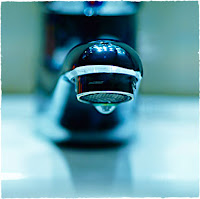 Well, the Obama administration has started off with one hard lesson learned from Bush and Clinton - leak early, leak often, make your unofficial officials indispensabe to the mainstream news process and throughout your term you'll be able to control the narrative. The big-ticket newsies will be too scared of losing their precious access to be able to consider independent thought or investigative journalsim that might actually turn up unwelcome surprises.

-- HILZOY
For a bunch of people who were written off as a permanent minority four years ago, the Democrats look remarkably like the natural governing party these days, with a deep bench of talent.

-- PAUL KRUGMAN
As someone who was skeptical of Obama's moderate posturing during the campaign, I have to admit that I am gobsmacked by these appointments, most of which could

just as easily have come from a President McCain.

-- MAX BOOT
Obama thinks he is a good talker, but he is often undisciplined when he speaks. He needs to understand that as President, his words will be scrutinized and will have impact whether he intends it or not. In this regard, President Bush is an excellent model; Obama should take a lesson from his example. Bush never gets sloppy when he is speaking publicly. He chooses his words with care and precision, which is why his style sometimes seems halting. In the eight years he has been President, it is remarkable how few gaffes or verbal blunders he has committed. If Obama doesn't raise his standards, he will exceed Bush's total before he is inaugurated.
-- JOHN HINDERAKER


A study by the Project for Excellence in Journalism found that the media cast McCain in a much more negative light than it did Obama. But that hardly means the press was unfair to the Arizonan. Covering the candidates equally would be a false equivalence if one campaign were performing far better than the other one.

"Citizen Kane" no doubt got much more positive coverage than "Beverly Hills Chihuahua." My beloved Phillies got plenty of good ink when they won the World Series this year. All the years they failed to qualify for the playoffs, not so much.

The truth is, the Obama campaign was well-organized, disciplined, virtually error-free. Obama was an inspiring candidate to many, a dazzling public speaker with an inspiring storyline.

The McCain campaign, in contrast, was a train wreck, lurching from message to message. And McCain, who can be an immensely appealing figure, seemed angry and unfocused.

. . . McCain got his negative publicity the old-fashioned way. He earned it.