Quotes From Around Yon Bailoutosphere 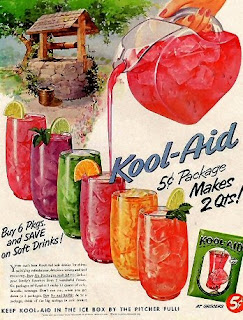 The collapse of the proposed rescue plan for the teetering financial system was the product of a larger failure — of political leadership in Washington — at a moment when the world was looking to the United States to contain the cascading economic crisis.

From the White House to Congress to the presidential campaign trail, the principal players did not rally the votes they needed in the House. They appeared not to comprehend or address in a convincing way an intense strain of opposition to the deal among voters. They allowed partisan politics to flare at sensitive moments.

If there was any doubt that President Bush had been left politically impotent by his travails over the last few years and his lame-duck status, it was erased on Monday when, despite his personal pleas, more than two-thirds of the Republicans in the House abandoned the plan.

Let’s see, if markets around the world are capitalized at about $50 trillion and they declined, say, 5 percent on average as a result of Congress’s vote, then about $2.5 trillion of wealth vanished. . . . For the United States alone, the loss is about $800 billion. Even by Congress’s standards, this is impressive.

Now, at a cost of hundreds of billions of dollars, middle-class taxpayers are going to be forced to bail out the Democrats' two most important constituent groups: rich Wall Street bankers and welfare recipients.

The house always wins, gamblers are warned, and the U.S. House made John McCain pay Monday for his politically risky, high-profile involvement in a financial rescue plan that came crashing down, mainly at the hands of his fellow Republicans.

The decision to give the federal government the ability to nationalize almost every bad mortgage in America interrupts this basic truth of our free market economy.

What so-called conservatives like [Michelle] Malkin forget is that right-wingers have an ideology, but true conservatives have principles.

-- PROFESSOR BAINBRIDGE
With leadership — and elites — so aggressively behind the bill, the massive defections suggest that congressmen are sensing a towering populist outrage. Like on the immigration bill, the opposition did not fear their party but their voters. The implication here is that the politics of the bailout are much more intense than most currently recognize.

-- EZRA KLEIN
I've heard lots of phony stories. Much of the country's political and economic leadership has been running around raising the prospect of the Great Depression and a breakdown in the banking system (I actually had taken the latter seriously). These stories are absolutely not true.

There’s one giant paternal elephant in the room that has slipped notice: how illegal immigration, crime-enabling banks, and open-borders Bush policies fueled the mortgage crisis.

It’s no coincidence that most of the areas hardest hit by the foreclosure wave — Loudoun County, Va., California’s Inland Empire, Stockton and San Joaquin Valley, and Las Vegas and Phoenix, for starters — also happen to be some of the nation’s largest illegal-alien sanctuaries. Half of the mortgages to Hispanics are subprime (the accursed species of loan to borrowers with the shadiest credit histories). A quarter of all those subprime loans are in default and foreclosure.


-- MICHELLE MALKIN
[T]his bill would not have been agreed to had it not been for John McCain. . . . But, you know, this is a bipartisan accomplishment, a bipartisan success. And if people want to get something done in Washington, they just watch John McCain.

Even the most diehard horror-movie lovers will find eight years of being terrified too much. For the next White House movie, they will be looking for a new theme. Hope, perhaps.

-- ROBERT STEIN
Two weeks ago, Wall Street titans and the government's most powerful economic stewards made a fateful choice: Rather than propping up another failing financial institution, they let 158-year-old Lehman Brothers Holdings Inc. collapse.

Now, the consequences of that decision look more dire than almost anyone imagined.


-- THE WALL STREET JOURNAL
So a third of the country thinks we're in a depression and expect taxes to go up. Yet they're ready to give the Democrats control of the White House, Congress and the Senate simultaneously, which likely will fulfill their prophecy.

-- JAMMIEWEARINGFOOL
Now that the wizards of Wall Street have destroyed all hope for your future economic security, it's time to start eating like a pauper! That's the new ad strategy that our nation's largest food companies are pursuing, reasoning that the fancy Pepperidge Farm cookies and "vegetables" are going to be the first thing that shoppers slash from their budgets in these lean times. Why not try some grilled cheese and tomato soup? Shiny apples for a nickel! But this nutritional depression has an upside: Hey, Kool-Aid!