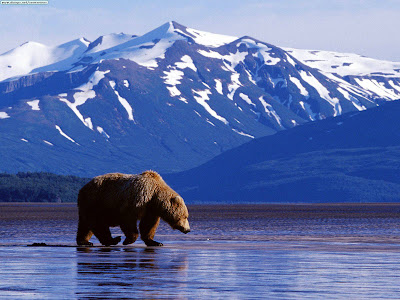 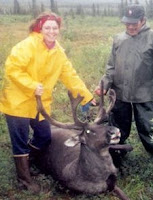 This really is pathetic. . . . Anyone who has been to high school immediately recognizes the terror of facing a pop quiz or an oral exam when you just have no idea what you're talking about.
-- JAMES FALLOWS

The estimable Mr. Fallows does not choose his words lightly and he may have spent more time in Alaska than I have. But being of proximate ages, we both surely have met our share of people who behind their attractive and earnest exteriors are lightweights. People who are out of their league in anything they do that involves knowledge, sophistication and most importantly, a sound sense of judgment.

That Sarah Palin has proven herself to be such a person during three television interviews that required little heavy lifting and yet could be heartbeat away from the presidency has to be not merely worrying to people deeply concerned about the future of an America overwhelmed with problems, but crushing to many a proud Alaskan as the cheers that followed her surprise selection as John McCain's running mate turn to scorn.

Palin's unexpected star turn was a golden opportunity for denizens of the northland to strut Alaska's stuff as a vast and wild place of incredible beauty and rugged individualism. Well, I can personally attest that it is vast, wild and beautiful, and there doesn't seem to be any shortage of rugged individualists.

But what Palin has shown is that she is a lightweight who happens to be from a marvelous place. She also is a hack who wears her extreme religious and social views on her sleeve, didn't know or care about national or international affairs before she was annointed, has a closet full of skeletons as a mayor and governor, and despite weeks of tutoring by policy experts still comes off as being incoherent.

I and other left-of-center commentators inveigled against Palin from the jump, but the proof of what a disaster her selection is comes from the very people who were her most enthusiastic supporters.

Kathleen Parker, a conservative stalwart at National Review Online, does not mince words and even tells Palin that it is time to bail:

"If at one time women were considered heretical for swimming upstream against feminist orthodoxy, they now face condemnation for swimming downstream — away from Sarah Palin.

"To express reservations about her qualifications to be vice president — and possibly president — is to risk being labeled anti-woman.

"Or, as I am guilty of charging her early critics, supporting only a certain kind of woman.

"Some of the passionately feminist critics of Palin who attacked her personally deserved some of the backlash they received. But circumstances have changed since Palin was introduced as just a hockey mom with lipstick — what a difference a financial crisis makes — and a more complicated picture has emerged.

"As we've seen and heard more from John McCain's running mate, it is increasingly clear that Palin is a problem. Quick study or not, she doesn’t know enough about economics and foreign policy to make Americans comfortable with a President Palin should conditions warrant her promotion. . . .

"McCain can't repudiate his choice for running mate. He not only risks the wrath of the GOP’s unforgiving base, but he invites others to second-guess his executive decision-making ability. Barack Obama faces the same problem with Biden.

"Only Palin can save McCain, her party, and the country she loves. She can bow out for personal reasons, perhaps because she wants to spend more time with her newborn. No one would criticize a mother who puts her family first.

"Do it for your country."

And for your fellow Alaskans, Ms. Palin, to whom your sudden appearance on the national stage seemed like a golden opportunity to steal some bragging rights from the Lower 48.
Posted by Shaun Mullen at 5:00 AM
Email ThisBlogThis!Share to TwitterShare to FacebookShare to Pinterest

The elitist wing of the conservative movement has always been wary of us libertarians coming into the GOP. Sarah Palin is one of the top elected libertarian Republicans in the country, (along with Idaho's Gov. Butch Otter, and Cong. Jeff Flake of AZ).

Of course, she's going to make some conservatives nervous.

They are wary of her libertarian cultural views. This is the woman, after all, who famously fought back against social conservatives in Wasilla who wanted to run all of the bars and taverns out of town.

They even started a whisper campaign in Alaska during the 2006 primaries that Sarah wasn't really a Republican, but rather a "closet libertarian." She had attended a couple local Libertarian Party meetings seeking their support.

But what she loses from the social conservatives, she gains 10 times over in libertarian votes.

Figure, Libertarian Bob Barr was polling 6% nationwide in mid-summer. As high as 10% in New Hampshire. And post-Palin he's now down to 1%.

Ever since Goldwater the eastern establishment Republicans have distrusted Western cowboy individualists in the GOP.

With Sarah Palin, the libertarian wing of the GOP has finally arrived. Of course, that's going to make some other Republicans nervous.

Get over it Conservatives, THE LIBERTARIANS HAVE ARRIVED!!