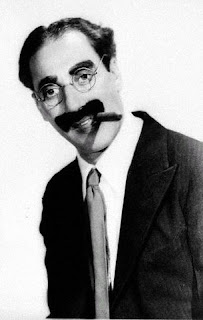 Barry Ritholtz of The Big Picture nails it:

"If you are a fan of irony, consider this: The conservative movement has utterly hated FDR, and his New Deal programs like Medicaid, Social Security, FDIC, Fannie Mae (1938), and the SEC for nearly 80 years. And for the past 8 years, a conservative was in the White House, with a very conservative agenda. For something like 16 of the past 18 years, the conservative dominated GOP has controlled Congress. Those are the facts.

We now see that the grand experiment of deregulation has ended, and ended badly. The deregulation movement is now an historical footnote, just another interest group, and once in power they turned into socialists. Indeed, judging by the actions of the conservatives in power, and not the empty rhetoric that comes out of think tanks, the conservative movement has effectively turned the United States into a massive Socialist state, an appendage of Communist Russia, China and Venezuela.

To paraphrase Floyd Norris we have become Marxists, but of the Groucho, not Karl, variety."

Posted by Shaun Mullen at 1:07 AM
Email ThisBlogThis!Share to TwitterShare to FacebookShare to Pinterest

"Indeed, judging by the actions of the conservatives in power, and not the empty rhetoric that comes out of think tanks, the conservative movement has effectively turned the United States into a massive Socialist state"...

Thus proving that GWBush was NOT actually a "conservative" and that the United States has NOT been lead by people with "a very conservative agenda."

Some of us saw that the first moment he opened his mouth when he first ran for President.

Bush is about as close to a traditional Southern Democrat as you can get.