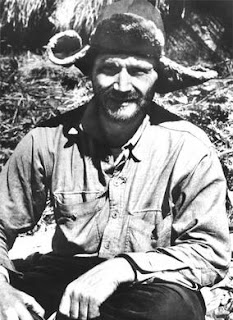 Heinrich Harrer, a mountaineer, was in India on the way home to his native Austria when Britain declared war on Germany in 1940. He was placed in an internment camp from which he thrice escaped, finally succeeding in 1943 when he made a daring trek across the Himalayas and into Tibet, then and now a remote land seldom visited by foreigners. Harrer was warmly welcomed in Lhasa where he met and became tutor to the Dalai Lama.

Harrer tells his extraordinary tale in Seven Years in Tibet, which was originally published in 1953. His was a personal and not a spiritual journey, but he is a straightforward writer and his insights are marvelous.

Seven Years in Tibet was made into a beautifully filmed and earnest but flat movie starring Brad Pitt in 1997.

Buddha's Warriors: The Story of the CIA-Backed Tibetan Freedom Fighters, the Chinese Invasion and the Ultimate Fall of Tibet by Mikel Dunham (2005)

Demystifying Tibet: Unlocking the Secrets of the Land of Snows by Lee Feigon (1996)

In Exile From the Land of Snows by John F. Avedon (1984)Sacred Spaces and Powerful Places in Tibetan Culture: A Collection of Essays by Toni Huber (ed.) (1999)

Finally, a book that seems like it is straight out of an Indiana Jones flick: Himmler's Crusade: The Nazi Expedition to Find the Origins of the Aryan Race by Christopher Hale.

This fascinating 2007 book reveals one of the strangest episodes in the history of science and war, the secret expedition to Tibet ordered by Himmler, Adloph Hitler's No. 2 man and obsessed occultist, on the eve of World War II to trace what he fantastically believed were the origins of the Aryan race.
Posted by Shaun Mullen at 1:10 AM
Email ThisBlogThis!Share to TwitterShare to FacebookShare to Pinterest

The author of The Status of Tibet is just one person: Michael C van Walt van Praag.