The Bailout & Playing The Blame Game 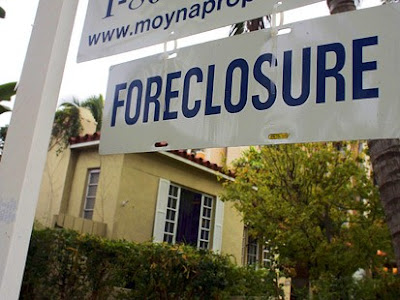 It comes as no surprise that there was a steady drumbeat of partisan politics in the drafting of the $700 billion financial bailout plan that was defeated this afternoon largely because of defiant House Republicans. But both parties turned up the vitriol in the wake of the stunning no-confidence vote in President Bush and Treasury Secretary Henry Paulson, and global markets dutifully reacted. As one leading economic light wrote "Yes, Virginia, this is a crash."

As the following summary of the plan that lost by a 228-205 vote shows, the Democratic leadership more or less prevailed before vote, while Bush and Paulson didn't do so hot. Oh, and John McCain had zip to do with the outcome although he was quick to pin the blame on Barack Obama. Pray tell? Will McCain "suspend" his campaign again?

* A new congressional panel would have oversight power and the Treasury secretary would report regularly to lawmakers as part of a multi-level oversight apparatus.

* If the Treasury takes a stake in a company, the top five executives would be subject to compensation limits.

* Executives hired after a financial company offloads more than $300 million in assets via auction to the government will not be eligible for "golden parachutes."

* The Federal Reserve would begin paying interest on bank reserves on October 1, giving it another tool for easing credit strains.

* A study would be undertaken to determine the impact of the mark-to-market accounting standards that critics blame for a downward spiral in the valuation of assets on corporate balance sheets.

* The federal government may stall foreclosure proceedings on home loans purchased under the plan.

* Along with the plan to buy securities outright, the Treasury will develop an alternative insurance program that would underwrite troubled loans and be paid for by participating companies.

* If the government has taken losses five years into the program, the Treasury will draft a plan to tax the companies that took part to recoup taxpayer losses.

An analysis by Swing State Project showed that among 38 incumbent congressmen in races rated as "toss up" or "lean," just eight voted for the bailout as opposed to 30 against. The vote maong congressfolks who didn't have as much to worry about was nearly even: 197 for and 198 against.

House Speaker Nancy Pelosi came in for extra helpings of Republican scorn after the vote for speaking the truth about the staggering $700 billion price tag beforehand:

"It is a number that is staggering, but tells us only the costs of the Bush Administration's failed economic policies -- policies built on budgetary recklessness, on an anything goes mentality, with no regulation, no supervision, and no discipline in the system."

Meanwhile, there has been a lot of blame gaming over the roots of the financial meltdown, but none as insidious than the canard that minorities are responsible for the whole mess because they bought houses on which they couldn't keep up the payments.


The bogeymen are those damned libruls and their Community Reinvestment Act, which required banks to lend to low-income borrowers. Among the problems with blaming the CRA is that subprime loans weren't required and many more subprime loans were written during the irrational exuberance of the housing bubble.

The truth is much less convenient: While people of all colors who had no business buying houses are a factor, mortgage companies and banks saw subprime loans as "free money."

When the economy started tanking, the bubble burst and borrowers started defaulting at a record pace, many of these lenders didn't have the legs to ride out the storm despite an "anything goes" deregulatory environment that had been gift wrapped for them by congressional Democrats and Republicans alike.

Oh, and even though it played well at the time in the hustings, letting Lehman Brothers fail doesn't look like it was such a hot idea anymore.

No matter the eventual fate of the bailout bill, and no one has a clue as to whether it will work when it eventually clears Congress -- and it will eventually clear Congress -- the Democrats will be blamed for any perceived shortcomings although they had the sense to realize that no bill would pass without bipartisan support and have taken a goodly number of their partisan must-haves off the table while leaving some of the Republicans' on.

Posted by Shaun Mullen at 4:00 PM
Email ThisBlogThis!Share to TwitterShare to FacebookShare to Pinterest