Tales From The Great Recession: No, Virginia, It's Not About Gender Equality 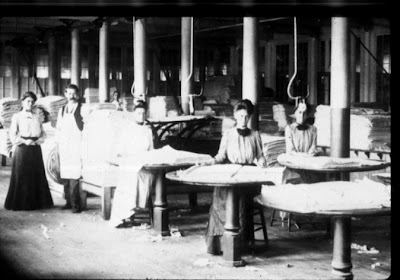 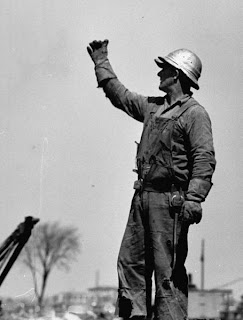 Put another way, the ongoing recession has been very cruel to men, who are getting the ax far more than women.

In fact, some 82 percent of job losses in the most severe economic downturn since the Great Depression have involved men, many of them in manufacturing and construction (including my son, who was pink slipped last week), while women who tend to be employed in education and health care have been far less effected.

"Given how stark and concentrated the job losses are among men, and that women represented a high proportion of the labor force in the beginning of this recession, women are now bearing the burden -- or the opportunity, one could say -- of being breadwinners," 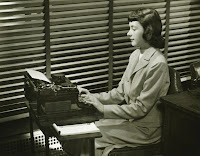 Heather Boushey, a senior economist at the Center for American Progress, told The New York Times.

Economists have long predicted that women would eventually dominate the work force as more ventured outside the home, although the number of women entering the work force actually slowed during the boom years earlier in the decade.

One thing is certain: If the recession continues, longstanding gender roles will change in some very big ways.

THE TIME FOR APPEASMENT IS OVER
With Republicans on President Obama's right flank comparing themselves to the Taliban and liberals . . . 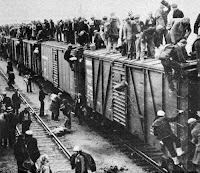 oh, excuse me . . . progressives on his left flank furious that he seems too eager to placate a party he banished to the political wilderness, it's time to admit that the partisan divide simply can't be transcended and letting conservatives define the debate was an enormous tactical error.

Obama finally seems to have acknowledged as much, and did not mince words at a refreshingly unscripted, which is to say un-Bush-like town hall meeting in depressed Elkhart, Indiana yesterday, where unemployment has reached 15 percent:

"We can't wait and see and hope for the best. We can't posture and bicker and resort to the same failed ideas that got us into this mess in the first place. That was what this election was all about. The American people rejected those ideas because they hadn't worked. You didn’t send us to Washington because

you were hoping for more of the same. You sent us there to change things."

STATING THEIR INTENTIONS
Another shoe is about to drop in the economic meltdown and not even quick passage of the stimulus bill will be enough: State governments reeling from an historic free fall in tax revenue have run out of tricks and a whole lot of Americans are about to feel it.

The budget-cutting plans that have emerged from state capitals so far have a potential effect on almost everyone.

Schools will go without school nurses. Sick people who rely on state health programs will get sicker. Parks will close. Environmental programs will be scaled back. And

And that's just for starters.

The senior senator from Pennsylvania has now indicated that he will vote for the stimulus package after noting that the U.S. Chamber of Commerce and National Association of Manufacturers, two long reliable moneymakers for a party that has been determinedly anti-labor, are warning that votes against the package will be considered votes against their own interests.

A KIDNEY PUNCH TO THE GOP GUT
I've given up trying to figure out what makes Republicans tick since the McCain-Palin debacle. There is just no rationale for spitting in the face of a deepening recession because Rush Limbaugh tells you to do so. Or to believe that voters rejected them in 2006 and 2008 simply because they spent too much money so now they'll demand that government spend less.

And so it comes as no surprise that the latest Gallup Poll is a kidney punch for Republicans: By a two-to-one margin, people side with Obama over the GOP on the stimulus bill. Sixty-seven percent of voters approve of 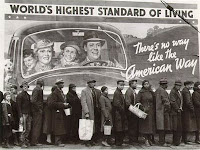 the way Obama has has handled the bill with 25 percent disapproving. By a margin of 48 percent to 42 percent, they approve the way the Democrats have handled it. But 58 percent oppose the way the Republicans have acted over the past month, with just 31 percent in support.

WHERE ARTS THOU?
It was a no-brainer that expanded funding for the arts would get the heave-ho in the Senate version of the stimulus bill because poetry festivals and art exhibitions are dispensable luxuries, right?

Americans for the Arts the industry generates a whopping $166 billion in economic activity every year. This includes $63 billion in spending by organizations and an additional $103 billion in event-related audience spending.

And so injecting money into the arts might be one of the most effective -- as well as an enjoyable -- ways to help alleviate the recession.

Check out this cartoon about the recession!
http://pastexpiry.blogspot.com/2009/03/cartoon-sesame-street-recession.html
*CARTOON*