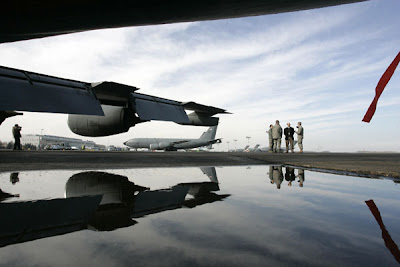 THE U.S. AIRBASE AT MANAS IN UZBEKISTAN

President Barack Obama's administration is not yet a month old, and editorialists have already accused the new president of losing his innocence after he was forced to abandon his lofty talk of bipartisanship over the economic stimulus plan. But a touch of partisan politics at home is nothing compared with the ethical predicament now looming in Central Asia, where Obama may soon need to choose either funding a vicious dictator in Uzbekistan or hindering the mission in Afghanistan. Getting into bed with Uzbekistan could be Obama's first ugly but necessary foreign-policy compromise.
-- CHRISTOPHER FLAVELLE 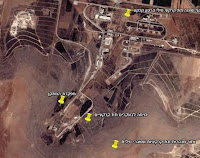 Reuters says that IAEA inspectors are finding traces of graphite and uranium at a site alleged to have been a nuclear facility [in Syria] that was bombed by Israel in 2007. The ambiguous, almost teasing quality of the IAEA is consistent with the agency's style. It never finds enough to convict but always enough to remain suspicious.
-- RICHARD FERNANDEZ
U.S. diplomatic efforts are afoot in the Middle East. What they are intended to achieve is unclear, but the tone is unmistakable: let’s make a deal. Hillary Clinton is going to Egypt with a bag of money for reconstruction while John Kerry heads for Damascus.

No one knows what Kerry will say to Assad, but the press hints at what they may talk about: Hamas and 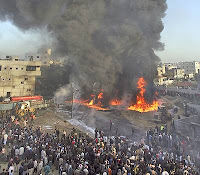 Hezbollah and unspecified "other" militants. By implication they will also talk about Israel, Lebanon and Iraq which is where all these proxies operate. . . .

Each of the three shadow participants in this diplomatic dance -- Israel, Lebanon and Iraq -- the other parties, have recently passed or are nearing political milestones themselves. Israel and and Iraq have just finished crucial elections and Lebanon is heading for one. Each will want something to say about the deals that the Obama administration is preparing to make. Take Israel: they are fed up with diplomacy at the very moment Obama is enamored of it. Despite Netanyahu's inability to build a coalition government, recent elections in Israel have widely been seen as a "shift to the right."

Hugo Chavez is one of a healthy number of leaders around the world who's been fortunate to have George W. Bush as a high-profile enemy. With the Bush administration pursuing policies of unprecedented unpopularity around the world, a good tiff with Washington has been a surefire popularity-booster in a variety of contexts. But it seems that those days are done in Venezuela.

I'm not sure there’s actually a ton to talk about on the U.S.-Venezuelan diplomatic docket -- the Caracas-Washington feud has been something of a conflict about nothing. Certainly I don’t see direct diplomacy on the highest levels as particularly critical, though it would be nice of Chávez and Obama could say "hello" as long as they're both at the same summit. The main point is that it’s nice to be back in a situation where an improved relationship with the United States is considered a popular policy objective.

-- MATTHEW YGLESIAS
Pakistan government officials said they struck a deal to accept a legal system compatible with Shariah law in the violent Swat region in return for peace.

The agreement contradicted American demands for the Pakistan authorities to fight harder against militants, and seemed certain to raise fears in Washington that a perilous precedent had been set across a volatile region where U.S. forces are fighting Taliban militants operating in Afghanistan and Pakistan.

Iran evade the conditions that it has set for the establishment of diplomatic contact. The Obama Administration cannot acknowledge the failure of its efforts to entice Iran to change its behavior without looking foolishly naive for trying to embrace the Ahmadinejad regime at all. Moreover, perhaps more than incoming administration, the Obama team has tried to trash its immediate predecessors. An admission that Iran had not changed its ways would also imply that George Bush's instincts were right in attempting to isolate the Iranian regime.

-- MARTIN KROSSEL
We have learned, after seven years of war, that trust is the coin of the realm -- that building it takes time, losing it takes mere seconds, and maintaining it may be our most important and most 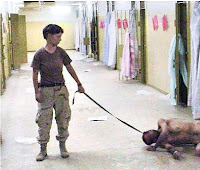 That's why images of prisoner maltreatment at Abu Ghraib still serve as recruiting tools for al-Qaeda. And it's why each civilian casualty for which we are even remotely responsible sets back our efforts to gain the confidence of the Afghan people months, if not years.