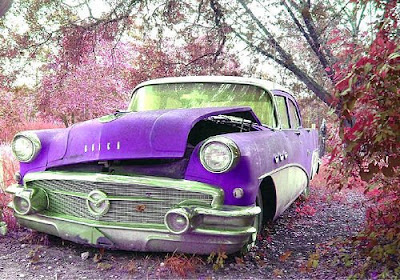 This post was originally published on November 13, 2008
I keep going back and forth on whether America's Big three automakers should be bailed out. On the one hand, the collapse of General Motors, Ford and Chrysler would have an immense psychological impact in the depths of a recession, not to mention the loss of as many as 2.9 million jobs, according to one estimate. On the other hand, why reward managers and boards of directors so inept that they couldn't figure out how to remain competitive over the 30 years since the Japanese Invasion began?

The General's fortunes briefly improved after Rick Wagoner took over as CEO and GM's share price soared to a record $90. Today it is hovering around $3 (yes, three dollars) and Toyota's stock-market value stands at $162 billion compared to just $6 billion for GM. Meanwhile, Ford Motor is trading at a robust $1.80.

Posted by Shaun Mullen at 4:52 AM
Email ThisBlogThis!Share to TwitterShare to FacebookShare to Pinterest