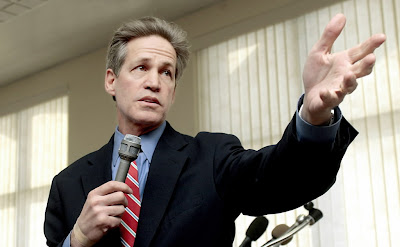 I've devoted zilch attention thus far to the Minnesota Senate sideshow, starring Norm Coleman, the deposed Republican senator who recently lost the statewide hand recount to Al Franken, but who, in court litigation, continues to scour the 4,797 rejected absentee ballots -- one by one -- in a desperate quest for a net gain of 226 votes, which would allow him to defeat Franken by one.

No need to dwell on the details. It's merely worth noting that Coleman is starting to behave like one of those homeless people who 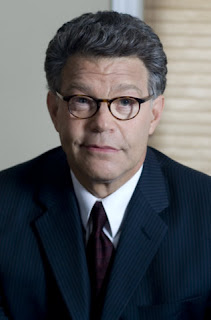 rummages through trash in search of food scraps. It is one such scrap that I want to highlight . . . if only for its bemusement potential:

Coleman's lawyers suspected that they might have found an improperly rejected absentee ballot. Some guy in Pine County had requested and received such a ballot, but Pine County election officials had rejected his vote. Coleman's lawyers pursued this matter, questioning the Pine County auditor. It turned out that the guy's home address was in a different county, and the only reason he had been situated in Pine County was because . . . that's where the regional jail is located. And he was in it.

This is what Norm Coleman has been reduced to. In fact, let's reverse the situation and posit 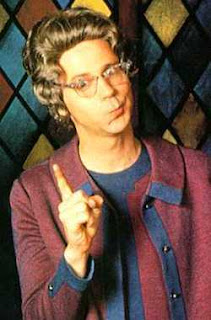 that Franken had lost a statewide recount and was trying to use the courts to count the rejected ballots of jailbirds. It doesn't take a genius to recognize what the Republicans would do with such material. . . .

By challenging each rejected ballot one at a time, Coleman is ensuring that Franken will not be in the Senate for the economic stimulus vote, to help the Democrats creep closer to the magic 60.

As the Church Lady on Saturday Night Live used to say, "How conveeenient!"
-- DICK POLMAN
I really don’t understand how bipartisanship is ever going to work when one of the parties is insane. Imagine 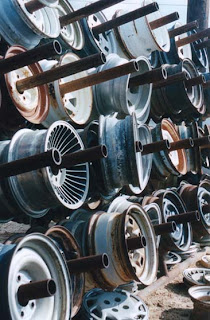 trying to negotiate an agreement on dinner plans with your date, and you suggest Italian and she states her preference would be a meal of tire rims and anthrax.

-- JOHN COLE
For [Michael] Steele to break into the coalition of voters Obama has assembled this past election, he has to make the base of the party more accepting of moderate Republicans who are seen by [Rush] Limbaugh as weak, not model it after the remnants of the Republican party in the House, which is now almost completely devoid of moderates. It may not be good for ratings, or to rally the troops, but centrist policies are the only path out of the incompetence label attached to Republicans post-George Bush. Republicans need to give voters a reason to trust them again, and try as they might, the mantra of small government is not enough. 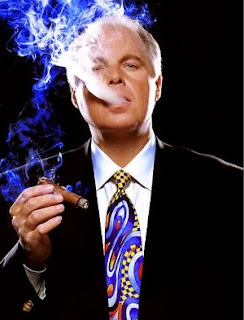 And perhaps that's the real reason why Obama didn't invite Limbaugh to his conservative dinner party. There's no point in talking to someone who doesn't produce ideas but makes his living stirring the pot of conservative malcontent. But for the rest of America, Limbaugh rarely makes headlines for espousing something positive, and outside his 13 million weekly listeners, he's seen as a political liability. But while marginalising Limbaugh may be on the to-do list, he remains a force to be reckoned with.

Unfortunately for Michael Steele, for the time being, that means pleasing Limbaugh may be part of his job description. 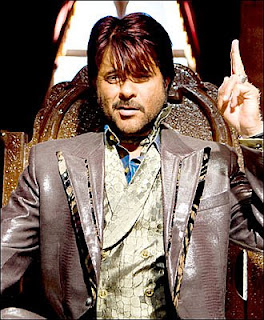 Americans have had enough of arrogance, whether in the public or private sectors, whether Democrat or Republican. . . . The public’s revulsion isn't mindless class hatred. As Obama said of his fellow citizens: "We don’t disparage wealth. We don't begrudge anybody for achieving success." But we do know that the system has been fixed for too long. The gaping income inequality of the past decade -- the top 1 percent of America's earners received more than 20 percent of the total national income -- has not been seen since the run-up to the Great Depression.

This is why Slumdog Millionaire, which pits a hard-working young man in Mumbai against a corrupt nexus of money and privilege, has become America’s movie of the year.

The neo-Hoover Republicans in Congress, who think government can put Americans back to work with corporate tax cuts but without any "spending," are tone deaf to this rage.