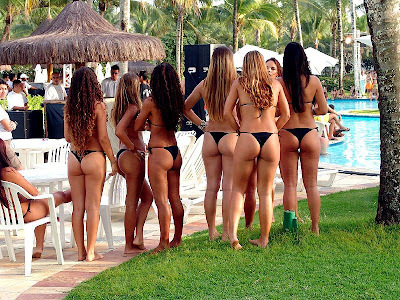 Sexy women in bikinis really do inspire some men to see them as objects, according to a new study of male behavior.

Brain scans revealed that when men are shown pictures of scantily clad women, the region of the brain associated with tool use lights up.

Men were also more likely to associate images of sexualized women with first-person action verbs such as "I push, I grasp, I handle," said lead researcher Susan Fiske, a psychologist at Princeton University.

And in a "shocking" finding, Fiske noted, some of the men studied showed no activity in the part of the brain that usually responds when a person ponders another's intentions.

This means that these men see women "as sexually inviting, but they are not thinking about their minds," Fiske said. "The lack of activation in this social cognition area is really odd, because it hardly ever happens." 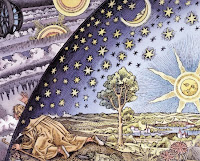 "Don't bag things you don't understand," said my girlfriend when I told her I was writing about astrology.

Her warning was amiable enough, salted with a touch of condescension, the intimation being horoscopes are written in some kind of Druid rune that I can cast my primate eyes over but will never fully understand.

My girlfriend is very intelligent; she can charm who she chooses, which is why I'm constantly surprised when she interrupts a conversation with a banker or landscape gardener to say "what star sign are you?"

They'll respond "Sagittarius" and she'll say "ahhh" like a neurologist examining a CT-scan that pinpoints why a bloke won't commit or a chick can't confront her domineering mother.

I like rational explanations. If I see a problem, I look for the answer which is why 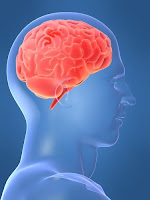 astrology and horoscopes bother me because there is no answer, there's friggin' thousands of them, all supposedly "right."

Your gain, my pain? New research from Japan shows that the human brain treats feelings of envy like physical pain, while schadenfreude -- the pleasure derived from another person's misfortune -- triggers the brain's reward circuits. The findings, published in the February 13 online edition of Science magazine, suggest our brains may be wired to treat abstract feelings much more like concrete physical experiences than was previously thought.

-- PINK TENTACLE
Of all the truly seismic shifts transforming daily life today -- deeper than our financial fissures, wider even than our most obvious political and cultural divides -- one of the most important is also among the least remarked. That is the chasm in attitude that separates almost all of us living in the West today from almost all of our ancestors, over two things without which human beings cannot exist: food and sex.

The question before us today is not whether the two appetites are closely connected. About that much, philosophers and other commentators have been agreed for a very long time. As far back as Aristotle, observers have made the same point reiterated in 1749 in Henry Fielding's famous scene in Tom Jones: The desires for sex and for food are joined at the root. The fact that Fielding's scene would go on to inspire an equally iconic movie segment over 200 years later, in the Tom Jones film from 1963, just clinches the point.

Back in the 1940s, the behavioral psychologist B. F. Skinner did a famous experiment with pigeons that he thought had some relevance to human superstitions. He put birds in the kind of cages used for training animals by reinforcement -- peck a bar, get some birdseed, that sort of thing. Except in this new experiment, the feed was provided at regular intervals regardless of what the pigeons did. 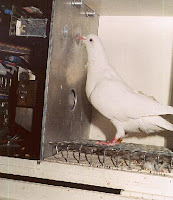 And guess what? The pigeons fell into certain behaviors all by themselves -- nodding or turning or pecking for food -- although their behaviors had nothing to do with the reward being offered. Skinner wrote: "A few accidental connections between a ritual and favorable consequences suffice to set up and maintain the behavior in spite of many unreinforced instances...The experiment might be said to demonstrate a sort of superstition. The bird behaves as if there were a causal relation between its behavior and the presentation of food, although such a relation is lacking. There are many analogies to human behavior," said Skinner.

One could go on at length about the implications of this experiment, and I have done so elsewhere. It is a common human propensity to mistake coincidence for causality, which is why science puts such store in controlled reproducible experiment. Some results of superstition are fraught with consequence (appeasing the gods by human sacrifice, Ronald Reagan consulting an astrologer), other are merely silly (Friday the 13th is unlucky).