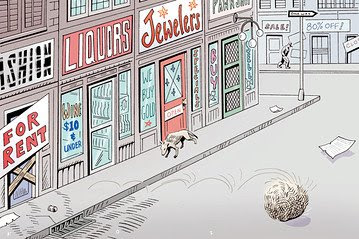 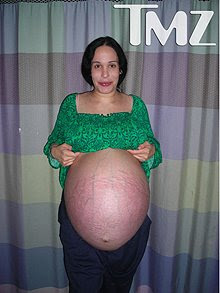 We hire politicians to know what to do about empty stores, job loss, and "Retail Space Available." But they don't, and more than ever we know they don't.

And there's something else, not only in Manhattan but throughout the country. A major reason people are blue about the future is not the stores, not the Treasury secretary, not everyone digging in. It is those things, but it's more than that, and deeper.

It's Sully and Suleman, the pilot and "Octomom," the two great stories that are twinned with the era. Sully, the airline captain who saved 155 lives by landing that plane just right—level wings, nose up, tail down, plant that baby, get everyone out, get them counted, and then, at night, wonder what you could have done better. . . .

What we fear we're making more of these days is Nadya Suleman. The dizzy, selfish, self-dramatizing 33-year-old mother who had six small children and then a week ago eight more because, well, she always wanted a big family. "Suley" doubletalks with the best of them, she doubletalks with profound ease. She is like Blago without the charm. She had needs and took proactive steps to meet them, and those who don't approve are limited, which must be sad for them. 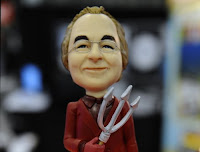 By now everyone knows the sad tale of Bernard Madoff's duped investors. They looked at their statements and thought they were rich. But then, one day, they discovered to their horror that their supposed wealth was a figment of someone else's imagination.

Unfortunately, that’s a pretty good metaphor for what happened to America as a whole in the first decade of the 21st century. . . .

If you want to see what it really takes to boot the economy out of a debt trap, look at the large public works program, otherwise known as World War II, that ended the Great Depression. The war didn't just lead to full employment. It also led to rapidly rising incomes and substantial inflation, all with virtually no borrowing by the private sector. By 1945 the government's debt had soared, but the ratio of private-sector debt to G.D.P. was only half what it had been in 1940. And this low level of private debt helped set the stage for the great postwar boom.

Since nothing like that is on the table, or seems likely to get on the table any time soon, it will take years for families and firms to work off the debt they ran up so 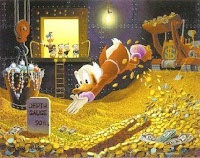 blithely. The odds are that the legacy of our time of illusion -- our decade at Bernie's -- will be a long, painful slump.

This is yet another situation where smart people are ironically incompetent if left to their own devices. If the world were populated only with the smart and well-informed, we'd all sit around waiting for someone else to spend money first, so they can take the highest risk. Eventually society would crumble and all of us geniuses would be eaten by rats. But if you throw a bunch of clueless bastards into the mix, suddenly the economy is supercharged. Money is flying everywhere, confidence becomes warranted, and the economy flourishes.

-- SCOTT ADAMS
[P]erhaps these times of hardship will see a return of the true bohemian, as in the days when the Left Bank was actually squalid. Stylistically, some artistic people are returning to thrift chic (either Goodwill retro wear, or something akin to the party a girlfriend threw recently called “Bitch Swap,” where you trade around the rags

you’re tired of). Surely now the honestly eco-conscious will lead a bold return to -- gasp! -- tap water. As Starbucks stores close around us, what's more nostalgically amusing than Folgers Crystals? To save gas money, I'd forecast a mass movement from cars to cruiser bikes, but for that you must live in a groovy, bike-friendly (expensive!) city. . . . As Borders stores shutter, perhaps we'll see a reflowering of public libraries. In any case, unable to secure those astronomical loans, more Xers will have to start rubbing shoulders with The Other, living in truly mixed neighborhoods, next door to such noncreative types as Kohl's-shopping back-office workers and actual not-yet-ready-for-their-close-up-in-Yoga- Journal immigrants. . . . This economic catastrophe is teaching the Xers that their prized self-­expression and their embrace of personal choice leads to . . . the collapse of capitalism. 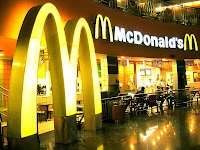 The bad economy is hitting America right in the stomach.

Consumers have cut back sharply on food spending, shunning restaurants, opting for generic products over brand names, trading in lattes for home-brewed coffee and shopping for bargains. That is hurting sales and profits at many food processors, grocery chains and restaurants.

Call it a McLeading economic indicator.

McDonald's had another strong sales month, as consumers continued to "trade down" from higher-priced restaurants to McDonald's in January.
-- FRANK AHRENS
How bad is the recession? So bad that it's 'eroding' the 'foundation' of real estate in the Hamptons! No

seriously, a billionaire's beach house is literally sliding into the ocean. And it gets worse! I mean, the fact that the Hamptons homes of Ron Lauder and Calvin Klein's daughter are both close to being reclaimed by the sea, because of beach erosion, could be taken as a sign that god is having his revenge. Nothing to worry about for us poors, right?