The helicopter I have now seems perfectly adequate to me. Of course, I've never had a helicopter before. 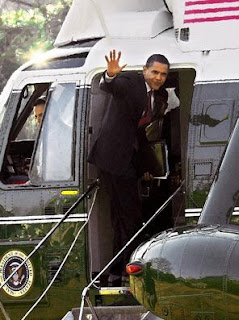 This is Obama at his most appealing. He makes a gracious introduction of his rival, who in turn tries to stick in the knife by painting him as wasting taxpayer dollars on needless luxuries. Obama, rather than sniping back, turns around and agrees with McCain while making the point that he's hardly accustomed to extravagance. The man is just a very, very skilled politician.

-- JONATHAN CHAIT
Whoever said it was right when he or she called the current economic downturn a "financial 9/11." Though he may not have meant it in quite this way, it' still an apt comparison. Because, just as 9/11 was something that didn't "just happen" to us, but was done to us, so this financial crisis did not "just happen" to to us. It is a consequence of actions taken and decisions made, and it was allowed to happen -- through incompetence, indifference, and sometimes intentional neglect. 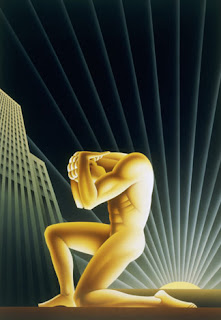 A federal bank takeover is a bad thing obviously. I wonder though if we conservatives understand clearly enough why it is a bad thing. It's not because we are living through an enactment of the early chapters of Atlas Shrugged. It's because the banks are collapsing. Obama, Pelosi, et al are big-spending, high-taxing liberals. They are not socialists. They are no more eager to own these banks than the first President Bush was to own the savings and loan industry -- in both cases, federal ownership was a final recourse after a terrible failure. And it was on our watch, not Obama's, that this failure began. Our refusal to take notice of this obvious fact may excite the Republican faithful. But it is doing tremendous damage to our ability to respond effectively to the crisis.
-- DAVID FRUM
Mr Obama bears a disproportionate share of the blame for the resurrection of the old politics. True, the politicians on Capitol Hill are guilty of producing the [stimulus] bill's 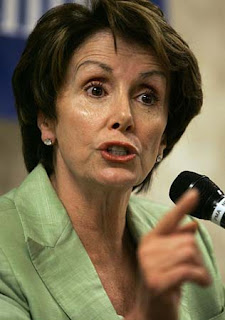 worst excesses. The Democrats treated it as an excuse for partisan advantage, while the Republicans refused to concede that the economy needed a stimulus at all, making give-and-take impossible. But it was Mr Obama who made the fatal error of contracting the writing of the bill to Congress.
-- LEXINGTON
State governors -- looking down the gun barrel of long-term spending forced on them by the Obama "stimulus" plan -- are saying they will refuse to take the money. This is a Constitutional confrontation between the federal government and the states unlike any in our time. In the first five weeks of his presidency, Barack Obama has acted so rashly that at least 11 states have decided that his brand of "hope" equates to an intolerable expansion of the federal government’s authority over the states.
-- A.W.R. HAWKINS 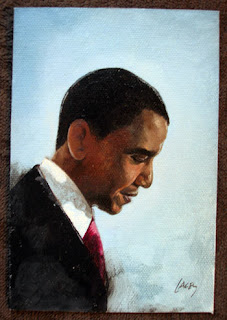 So this is what it was like during the Clinton years? I can honestly say, I remember it differently, being on the "other" side back then, but right now these folks are just looking batshit insane.

God help us if Obama ever lies about a blow job.

Bonus thought: Can you imagine what kind of "insurgency" these guys would be running if they had lost in 2008 the way the Democrats did in 2000? Here, they flat out got kicked out of office, rejected by large majorities, and they have decided the solution is to get their freak on.

Watching the folks at The Corner discuss whether we should or should not be surprised that Barack Obama's administration has proved so ineffectual and inept is an interesting example of echo chambers in action. . . .

The answer for any govenor who doesn't want bail out funds is simple. Don't give them any. See how their voters like it.