Getting Their Edmund Burke On

Edmund Burke is getting more shot outs these days than even Slumdog Millionaire, which is pretty good for a guy with a bad 'do and no fashion sense who has been dead for 212 years and never won an Oscar. People 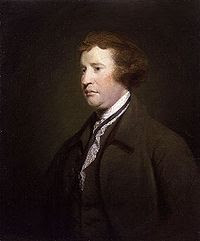 ranging from David Brooks, who knows what he's talking about, to Rush Limbaugh, who doesn't have a clue, are citing Burke's opposition to the French Revolution and others writings to argue against Barack Obama's everything and the kitchen sink approach to governing in the teeth of the worst economic downturn since the Great Depression.

As someone whose knowledge and analytical powers fall somewhere in between the New York Times columnist and right-wing Republican talk-radio bloviator, I understand Burke's appeal in these trying times but find it contextually wanting. 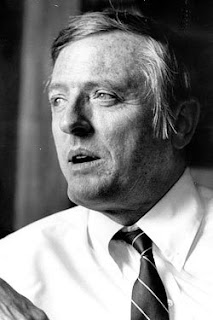 Burke argued in his seminal Reflections on the Revolution in France, which like Brooks I read in college and suspect Limbaugh would use as a doorstop, that the revolution would end badly because its supposedly rational foundations ignored the complexities of human nature and society. He slavishly supported the monarchy and had no time for fashionable abstractions such as "liberty" and the "rights of man," instead calling for the codification of specific rights and liberties as a guard against government oppression.

Burke has had great appeal for conservative and neoconservative intellectuals like Leo Strauss and William F. Buckley Jr. who have recast his attacks against the French Revolution as a 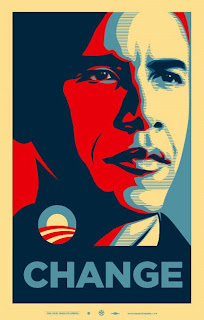 But while the revolution that Obama is spawning with a gigantic stimulus package, bank bailout, ambitious health-care reform program and other initiatives that will cost trillions of dollars sets off Brooks' "Burkean alarm bells," it has nothing to do with the French Revolution, let alone Communism or socialism. It is a policy revolution and the times call for nothing less.

I think those who argue against Burke fail to take into account that our Constitution was written with great Conservative ideals.

It is invested with the guarantees of Freedoms which Burke Argued in favor of. That our constitution was written to protect us from the government. The French revolution was a rebellion AGAINST THE GOVERNMENT.

The US revolution was a rebellion against the government and the founding of this nation was in the context of guaranteeing freedoms from oppression by our government.

Those are all Conservative Ideals.

Even our declaration of Independence states that Prudence, indeed, will dictate that Governments long established should not be changed for light and transient cause.

This is a very conservative principal.

Additionally the declaration states:. But when a long train of abuses and usurpations, pursuing invariably the same Object evinces a design to reduce them under absolute Despotism, it is their right, it is their duty, to throw off such Government, and to provide new Guards for their future security.

Here they were siting the French Revolution as their lynchpin for what they were about to do.

Our nation was founded in conservativism and its been under attack every since.

Nice try to defend conservatism. However the USA was in fact founded on the principals of "liberalism" in revolt of conservative oppression and dogma:

1. progressive views: a belief in tolerance and gradual reform in moral, religious, or political matters

2. politics political theory stressing individualism: a political ideology with its beginnings in western Europe that rejects authoritarian government and defends freedom of speech, association, and religion, and the right to own property

4. Christianity - Christian theological movement: a movement in Protestantism stressing intellectual freedom and the moral content of Christianity over the doctrines of traditional theology

I'm never not amazed by conservatives who try to pass themselves off as the real Americans at the expense of truth and actual facts...