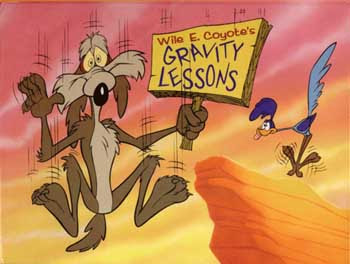 Now that President Obama has signed the economic stimulus package, let us highlight an interesting fact that has been largely underplayed in the news coverage: 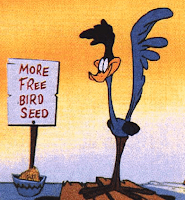 A Democratic chief executive has signed into law the largest two-year federal tax cut in history . . . yet virtually the entire Republican caucus on Capitol Hill voted against it.

To repeat: A liberal Democrat has signed into law a bill mandating $282 billion in tax cuts over the next two years -- dwarfing George W. Bush's $174 billion in tax cuts during his first two years -- yet the party that typically invokes "tax cuts" as its ideological mantra decided to vote No. There are 219 Republicans in the House and Senate; 216 voted against a tax cut that's bigger than the Bush cut.

Republicans have been busy lately spiking the ball in the end zone, and posting triumphalist videos about their alleged comeback (to the tune of Aerosmith's "Back in the Saddle," although Aerosmith told them yesterday to knock

it off). Their behavior has been fascinating, given the fact that the voters have treated them as roadkill in two straight elections, and that their persistent attacks on the stimulus package have netted them zilch in the national polls. In Orwellian fashion, they have somehow convinced themselves - or, rather, the conservative base to which they are beholden has convinced itself - that defeat is victory, that reflexive opposition is tantamount to wisdom.

We're running out of rich people in this country.

Now they actually have to govern and make tough decisions. It is very easy to be popular when you are

replacing a governor partially blamed for drowning the state's population anchor. It is very easy to be popular when you can provide more services, cut taxes, and write several thousand dollar checks to each family in the state. That is easy, choiceless decision-making. Everyone wins. Everyone gets a pony.

Now the magical money ponies have departed and choices have to be made. These choices will have winners and they will have losers. And the losers won't be compensated for losing, their is no money available for that. So enemies will be made, and grudges formed. Three years is a long time in the Presidential cycle for knives to be sharpened and contrasts to be driven. The oil patch Governors won't be working with 'free' money any

more, so they'll be operating in the same realm as every other governor who has to make tough choices and piss people and constituencies off. I think that will tarnish the attractiveness of both Palin and Jindal in 2012.

President Barack Obama is popular for now. But his programme for reinvigorating the economy is not. Indeed, it is a sign of the dislocation between politics and everyday life that while the $787bn stimulus package . . . is being hailed as a great victory, nobody truly believes it will work. The Republicans are only relevant in terms of what they can prevent happening

as opposed to what they can make happen. Meanwhile, as his treasury secretary, Timothy Geithner, outlines his plans for saving capitalism, capital flees.

Obama and the Democratic Congress must refute the idea being spread by Republicans that the trillions of dollars that the federal government will spend are really disguised subsidies for particular Democratic constituencies, from environmentalists to minorities. By stigmatizing Great Society programs as special-interest giveaways, the Republicans built an alliance of conservatives and populists that marginalized liberalism and governed America for a generation. Don’t think that they can’t do it again.

package, a move opponents say puts conservative ideology ahead of the needs of constituents struggling with foreclosures and unemployment.

[Arnold] Schwarzenegger said he hasn't given any thought to whether he'd accept a job from Obama after his gubernatorial term expires in 2010, though he did say: "Even without having a position it would be my pleasure to do anything I can to help him be successful because it is our country." But while Schwarzenegger remains in office, cooperation makes political sense for both him and the president. Obama won nearly 61% of the vote in California last November, more than any candidate in either party since Franklin D. Roosevelt in 1936. And as the White 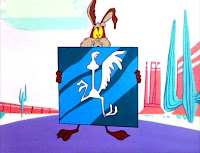 House confronts the reality that relatively few Congressional Republicans have either an ideological inclination or electoral incentive to regularly compromise with them, spotlighting support from GOP governors will likely grow increasingly important to them.

The resources available for policing the world are certain to be reduced for the foreseeable future. That will be especially true if foreign investors start demanding higher yields on the bonds they buy from the United States or simply begin dumping dollars in exchange for other currencies. Economic volatility, plus ethnic disintegration, plus an empire in decline: That combination is about the most lethal in geopolitics. We now have all three. The age of upheaval starts now.