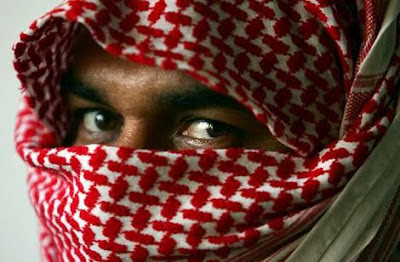 There is yet another report out that finds scalpels are more effective than sledgehammers in going after Al Qaeda and other terrorist organizations.

This time it is the RAND Corporation, which concludes that "Police and intelligence agencies, rather than the military, should be the tip of the spear against Al Qaeda in most of the world."

RAND's analysis found that of the 648 terrorist groups that operated between 1968 and 2006, 4o percent were taken down by police and intelligence organizations and just 7 percent by military force.

How about the other 53 percent? Glad you asked.

Some 10 percent of groups succeeded in their goals, while a whopping 43 percent were more or less co-opted after they entered the political process.

The study's release coincides with a flurry of reports that the leaders of Al Qaeda in Iraq are now in Afghanistan and Pakistan and are diverting new recruits to those hotspots.

Long story short, while the decline in violence in Iraq is nothing to be sniffed at, the upsurge in Afghanistan and Iraq once again shows that the sledgehammer is of only limited use in the War on Terror.

THE BUCK STOPS WITH MIKE

The appointment of a Director of National Intelligence in the wake of 9/11 was a belated if necessary effort to cut through the infighting endemic in the relationship between the CIA, FBI, NSA other intelligence agencies and an underlying reason that the terror attacks were not stopped.

But it has pretty much been business as usual, which explains why President Bush has now given spy czar Michael McConnell new powers, including the hiring and firing of key intelligence personnel and the ability to strike cooperative deals with foreign governments, which has been the exclusive purview of the CIA.

THE TERRORIST NEXT DOOR

How sadly ironic that the major unprosecuted domestic terrorism case -- the anthrax-laced letters that terrorized an already frightened U.S. in the wake of the 9/11 attacks -- involved not jihadists but a highly decorated military scientist.

The government's working theory — that brilliant but troubled Army scientist Bruce E. Ivins released the anthrax to test his cure for the toxin — answers some of the questions regarding the deadly letters, but many details remain unclear following Ivins' suicide this week.

"I think the FBI owes us a complete accounting of their investigation and ought to be able to tell us at some point, how we're going to bring this to closure," said former Senate Democratic leader Tom Daschle of South Dakota, whose office received a letter containing the deadly white powder in 2001. "It's been seven years, there's a lot of unanswered questions and I think the American people deserve to know more than they do today."

Ivins' unexpected emergence as the top — and perhaps only — suspect in the anthrax attacks follows on the heels of the government's exoneration of another Army scientist in the case. Last month, the Justice Department cleared Ivins' colleague, Steven Hatfill, who had been wrongly suspected in the case, and paid him $5.8 million.

Posted by Shaun Mullen at 1:31 AM
Email ThisBlogThis!Share to TwitterShare to FacebookShare to Pinterest

Seems I remember that was President Clinton's ideas, too, but he was dragged through the mud for it.