Juries: When The System Doesn't Work 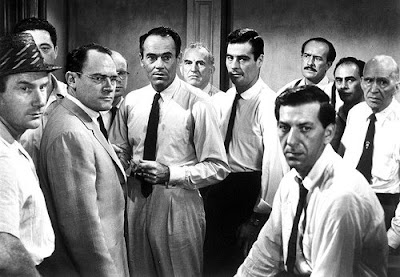 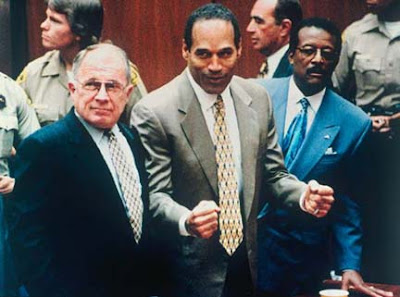 I so believe in the time-tested rightness of the jury system in American jurisprudence that I do not find it surprising in the least that 12 men and women do the right thing the vast majority of the time when the prosecution and defense both offer well presented cases. This merely is a logical outcome of how the system is supposed to work.

Two examples -- one pure Hollywood and the other Hollywood-esque -- make my point.

The first is the classic movie 12 Angry Men in which a lone dissenting juror in a murder trial (Henry Fonda) slowly and painstakingly manages to convince the other jurors of the young defendant's innocence.

The second is the classic O.J. Simpson double murder trial in which the jury returned a not-guilty verdict not because the defendant wasn't culpable, but because the prosecution had not proven his guilt beyond a reasonable doubt.

Now comes the latter, Federal District Judge William Young, who according to the Volokh Conspiracy was presiding over what seemed like just another drug trial in which the prosecution asserted that the defendant was trafficking in cocaine and the defense said that government agents had entrapped him.

But something unusual happened when the 12 citizen-jurors retired to deliberate: The jury sent a note to Young noting that since the Constitution needed to be amended in 1919 to authorize federal criminal prosecutions for manufacturing and smuggling alcohol, a juror wanted to know where "is the constitutional grant of authority to ban mere possession of cocaine today?"

Young said he was startled because in 30 years on the bench he had never faced a situation where a juror was challenging the legitimacy of a criminal law.

The judge tried to assure the jury that federal drug laws are constitutional because the Supreme Court has interpreted the Commerce Clause expansively, but when jury sent out more notes about a juror that wasn't going to sign off on what was viewed as an unconstitutional prosecution, Young halted the proceedings.

The "problem juror" was identified as Thomas Eddlam and was replaced with an alternate over the objections of the defense. Shortly thereafter, the new jury returned with guilty verdicts.

Young sought to justify his extraordinary actions, which is to say interference, in a 40-page memorandum of law, but it is pretty thin.

Volokh himself correctly concludes that the Founding Fathers viewed jurors as triers of both the law and the facts:

"In essence, this provided a popular check on an overreaching legislature and a supine judiciary, although a check that would only operate on a case-by-case basis. A jury could find that a statute was unjust generally, or only as applied in the particular case. This would affect the general enforceability of a statute only if many juries agreed."