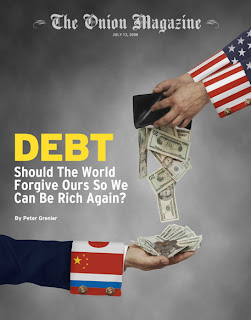 That catchy slogan, dreamed up by the Fallon Worldwide advertising agency, was pitched in 1999 to executives at Citicorp who were looking for a way to lure Americans to financial products like home equity loans. But some in the room did not like it. They worried the phrase would encourage people to live exorbitantly, says Stephen A. Cone, a top Citi marketer at the time.

Still, "Live Richly" won out. The advertising campaign, which cost some $1 billion from 2001 to 2006, urged people to lighten up about money and helped persuade hundreds of thousands of Citi customers to take out home equity loans — that is, to borrow against their homes. As one of the ads proclaimed: "There’s got to be at least $25,000 hidden in your house. We can help you find it."

Not long ago, such loans, which used to be known as second mortgages, were considered the borrowing of last resort, to be avoided by all but people in dire financial straits. Today, these loans have become universally accepted, their image transformed by ubiquitous ad campaigns from banks.

-- LOUISE STORY
When home sales began to slow at the start of the downturn, home builders offered buyers incentives -- instead of reducing prices -- to stimulate demand. The incentives included cars, tuition and credit-card payments, and even cash.

Now, federal investigators are questioning whether some of those incentives misled lenders and caused them to write mortgages that were artificially inflated, contributing to today's home-price crash.

-- NICK TIMIRAOS
Granted, it's not the same as sales data, but the top automotive search terms online last month are reflecting the nation's obsession with fuel economy, foreign cars and smaller engines.

-- MIKE WENDLAND
As soaring home prices set the stage for America's great housing meltdown, a critical step in making sure those home sales were a fair deal -- the real estate appraisal -- was undermined from within.

After the nation's last major banking disaster, Congress set up a system to catch rogue appraisers. Their game: inflating the value of homes at the direction of equally unscrupulous real estate agents and mortgage brokers, whose commissions are determined by the size of the deals.

But a six-month Associated Press investigation found that the system is crippled by both the bumbling of its policemen and their inability to effectively punish those caught committing fraud.

And despite ample evidence appraisers are pressured into inflating home values -- sometimes to prices in support of loans that are more than buyers can afford -- the federal regulators charged with protecting consumers have thus far made a conscious choice not to act.

"The system is completely broken," Marc Weinberg, the former acting director at the federal agency charged with monitoring the appraisal industry, told the AP before he retired earlier this year. "It's amazing that the system ever worked at all."

After eight years of economic mistakes, unemployment and inflation are both rising and American families are hurting. By one measure – the "Misery Index" made famous by Jimmy Carter – the economy is in its worst shape since mid-1991.