Edwards-Hunter Scandal: Where Some People Go, Trouble Seems To Follow 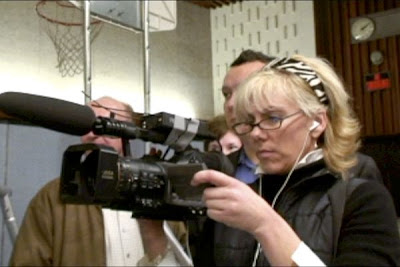 Rielle Hunter, the one-time apple of John Edwards' eye, is emerging as quite a piece of work -- and whose turbulent past intersects with a gruesome series of crimes.

Hunter's bona fides as a party girl are well established. She had a voracious appetite for sex and cocaine that so impressed onetime paramour and Generation X novelist Jay McInerney that he did a roman à clef on her in a piece titled "Story of My Life."

Why couldn't Edwards have hit on a waitress at an IHOP? Things probably would have been much less messy. The answer, of course, is that Hunter hit on him, opened her legs and the next thing you know it was volare, oh oh, which has lately been replaced by cantare, oh no. And now even The New York Times is on the case, prying the lid off of an elaborate cover-up scheme hatched with the help of a bevy of attorneys in the days before the Iowa caucuses when rumors of Edwards' dalliance ran rampant.

This is the part of the movie . . . er, soap opera, where the scolds try to pile on by saying that Edwards' political career is caput and his wife will be sooner or later, so why should any of this matter? I try to answer that here en route to a particularly sordid chapter in the life of Lisa Druck, which was the birth name of Rielle Hunter.

Back before she was tripping the light fantastic in New York City clubs, Druck rode and showed championship-caliber horses at Eagle Nest, an Ocala, Florida, farm owned by James Druck, her millionaire lawyer father. These horses included Henry the Hawk, a brilliant show jumper whom daddy bought for daughter for $150,000.

James Druck made his nut on representing insurance companies, but he went over to the other side in masterminding a series of claims following the orchestrated deaths of show horses, most of them by electrocution, at the hands of accomplice Tommy "The Sandman" Burns.

Papa was having money problems in 1982 and sought to sell Henry, but could only get $125,000. Sports Illustrated subsequently reported that Druck showed Burns how to slice an extension cord down the middle, attach a pair of alligator clips to the bare end of each wire and attach the clips to the horse -- one to an ear, the other to its rectum. Burns then plugged the cord into a standard wall socket and stepped back.

"You better get out of the way," Burns told SI co-authors William Munson and William Nack. "They go down immediately. One horse dropped so fast in the stall, he must have broken his neck when he hit the floor. It's a sick thing, I know, but it was quick and it was painless. They didn't suffer."

That is debatable, but death by such a means left no visible trace and insurance companies attributed most of the fatalities to colic, a not uncommon malady in horses.

Munson now writes at ESPN.com that 17-year-old Lisa Druck and her then boyfriend, Louis Whelen, were doing the wild thing in the back of a pickup truck when Burns slipped into the barn at Eagle Nest Farm to light up her steed.

Did Lisa Druck know what Tommy Burns was up to?

Apparently only after the fact. Lisa and her boyfriend saw Burns stealing away and said they unsuccessfully gave chase. When they returned to the barn they found Henry lying dead in his stall. Munson says that Lisa confronted her father about the killing and he never denied orchestrating the murder for the money. (The murder of a horse and a father's non-denial are part of the McInerney story.)

James Druck died of lung cancer in 1990. Two years later, 36 people -- some of them big names in the Grand Prix horse show circuit -- were indicted by a grand jury investigating the electrocutions. All but one were convicted of crimes based on the testimony of Burns, who did six months in a Florida county jail.

There is a special place reserved in hell for people like James Druck who murder animals, let alone do so for financial gain. He and Lisa's mother divorced the year that Henry was dispatched, and the future Rielee's tumultuous adolescence may explain her reinventions over the years as actress, screenwriter, filmmaker, early YouTube progenitor and New Age entrepreneur.

As Munson notes, where some people go, trouble seems to follow, and in accepting Rielle Hunter's open-legged invitation, John Edwards has found more than his share.

Very interesting. I've been assuming that John Edwards was massively blameworthy. He's only human though. A sustained attack by an expert might be hard to resist. I don't think he's going to get a second chance with the public on this, however.