Review: 'Neal Cassady: The Fast Life of A Beat Hero' & The Dark Side of Fame 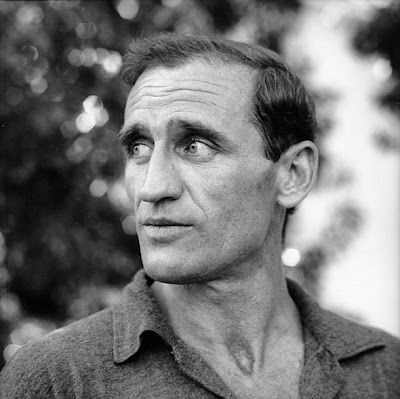 Like many a child of the Sixties, I exalted over the writings and the adventures of Jack Kerouac, William Burroughs, Allen Ginsberg and the other Beats, but it was a free spirit by the name of Neal Cassady who held a special attraction for me.

For want of a better way of saying it, Cassady was the Beats' mascot. He was the catalyst for many of their writings and figured most prominently in the novels of Kerouac. While an underachieving writer who had a tortured relationship with his own literary muse, Cassady is credited with weaning the author of On the Road and Dharma Bums, my favorite Kerouac book, from his realist moorings into his now legendary stream of consciousness approach.

Years later – and after a fair number of adventures myself, including some with a friend who is in some respects the epitome of Cassady – I came to understand that there was a dark side to some of the most prominent Beats: A raging narcissism, alcohol and drug abuse, thievery, plagiarism and a "Me First Always" approach to life that left friends and lovers feeling victimized.

As I wrote here in an article titled "The Summer of Love Reconsidered," much the same can be said of the hippie movement that grew out of the Beat Generation. Cassady was a central figure in some of the most hallowed antics of that era, most notoriously as the driver of Furthur, the road trip bus of Ken Kesey and the Merry Pranksters immortalized in Tom Wolfe's marvelous Electric Kool Aid Acid Test.

There certainly was a dark side to Cassady, which is on full display in Neal Cassady: The Fast Life of a Beat Hero, a newish book by David Sandison and Graham Vickers.

While Neal Cassady is sometimes ploddingly written, it is invaluable because the authors had access to hitherto uninterviewed family members and the full cooperation of Cassady's long suffering wife, Carolyn, a remarkable person in her own right who bore him three children and stood by him long after their divorce.

Sandison, who took over the book when Vickers became terminally ill, nicely balances the darkness and light in this folk hero's life and debunks a fair number of myths along the way. This is especially valuable because Cassady was a serial exaggerator and little he has said and written about his past -- whether it is his childhood or his exploits behind the wheel on many a long-distance trip -- can be taken as gospel.

As Sandison puts it, Cassady was "a uniquely creative mind that somehow managed to change the course of American literature by proxy," and was celebrated (usually pseudononymously) in the best sellers of Kerouac and Ginsberg:

"Jack and Allen had, each in his own way, captured a little of Neal's lightning in a jar. If they would never completely understand him, they had managed to incorporate something of his extraordinary life-affirming presence in their work."

Cassady's own writing was considerable more problematic and The First Third & Other Writings, his posthumously published autobiographical novel, is a mess.

Kerouac borrowed big chunks of Cassady's letters to him and shamelessly used them without attribution. This pained Cassady, especially after his friend became a celebrity, albeit an awkward one. Little of Cassady's surviving prose rises to the level of Kerouac at his best. While he was a natural storyteller, he did not have the chops to stretch himself like Kerouac could.

An exception is the so-called Joan Anderson Letter to Kerouac in 1950. About 5,000 of the original 13,000 words survive, the rest having been accidentally dumped overboard from a Sausalito houseboat according to one unsubstantiated explanation that is a part of the Cassady mythos.

The surviving fragment begins with Cassady's reminiscence of a youthful hospital visit to Anderson, who had just aborted his child:

"To have seen a specter isn't everything, and there are deathmasks piled, one atop the other, clear to heaven. Commoner still are the wan visages of those returning from the shadow of the valley. This means little to those who have not lifted the veil.

"The ward nurse cautioned me not to excite her (how can one prevent that?) and I was allowed only a few minutes. The headnurse also stopped me to say I was permitted to see her just because she always called my name and I must cheer her. She had had a very near brush and was not rallying properly, actually was in marked decline, and still much in danger. Quite impressed to my duties, I entered and gazed down on her slender form resting so quietly on the high white bed. Her pale face was whiter; like chalk. It was pathetically clear how utterly weak she was, there seemed absolutely no blood left in her body. I stared and stared, she didn't breathe, didn't move; I would never have recognized her, she was a waxed mummy. . . . "

Cassady equated freedom with travel and the journeys he undertook for one purpose always took on diversions and other purposes along the way.

Typical was a trip to Mexico taken with Kerouac for the ostensible purpose of Cassady getting a quickie divorce from Carolyn. It became a series of hedonistic adventures and later the central theme of Part Four of On the Road.

Cassady was happiest when he was earning an honest living and could provide for his family.

Despite his ability to be a heartless SOB to Carolyn and his closest friends, he doted on his children. A spiritual awakening in the mid-1950s based on the writings of mystic Edgar Cayce flickered on and off and on again, then beginning in 1958 Cassady served a two-year sentence, most of it at notorious San Quentin Prison, for giving three marijuana joints to undercover San Francisco cops who had offered to give him a ride.

His inner demons were relentless, and by the time he had fallen in with Kesey and the Pranksters in the early 1960s and the hippies gradually supersceded the Beats in the public imagination, Cassady had lost any semblance of self restraint. (The photo above of a ravaged Cassady was taken when he was only 39, although he looks many years older.)


When the end came on February 4, 1969, the man for whom being the center of attention was a contact high died alone.

After apparently binging on Seconal, Cassady went walking along a railroad track near San Miguel de Allende, . He passed out in the cold and rain wearing only a T-shirt and jeans, fell into a coma and died a few hours later, four days short of his 42nd birthday.

Kesey, in an interview with Sandison, looks back on one of his childhood heroes in providing a fitting epitaph:

"Kid Eternity was one of the comic book characters we had back then. He could contact people from anyplace or anytime in history, people like Davey Crockett -- anybody.

"In the 1990s, I think, they brought Kid Eternity back again. Somebody sent me a copy of one issue where Kid Eternity needed somebody to help keep him enlightened. He called for Neal who became the main character. In the background were really nice pictures of Ginsberg and Burroughs."