So Much For The Easy Part (Ahem.) 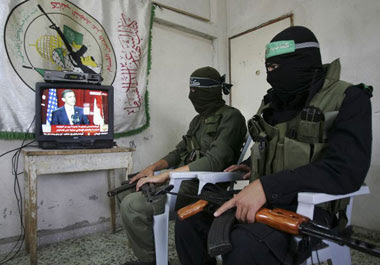 Another great speech -- no, make that remarkable -- by Barack Obama, this one reaching out to a Muslim world more or less enthusiastic about the young president but deeply resentful of how the U.S. has treated it. 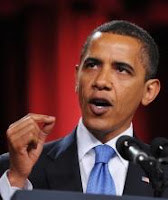 Obama was appropriately apologetic -- sure to be taken as a sign of weakness by the very kind of people who have marginalized Islam in general and Middle Eastern Arabs particularly -- but he had to start somewhere and his remarks in Cairo were indeed a good start.

My favorite part of the speech:

"The fourth issue that I will address is democracy.

"I know there has been controversy about the promotion of democracy in recent years, and much of this controversy is connected to the war in Iraq. So let me be clear: no system of government can or should be imposed upon one nation by any other.

" . . . But I do have an unyielding belief that all people yearn for certain things: the ability to speak your mind and have a say in how you are governed; confidence in the

rule of law and the equal administration of justice; government that is transparent and doesn’t steal from the people; the freedom to live as you choose. Those are not just American ideas, they are human rights, and that is why we will support them everywhere."

Whether the U.S. makes good on the president's vague promises is half of the hard part. The other half is how Muslim governments respond. I myself am not holding my breath that there will be any real change (consider that repressive Egypt is considerate the most moderate Arab nation in the region), let alone the honest dialogue that he called for.

Then there is Israeli, which is finding that Obama is not so easy to roll as his predecessor. Long story short, Bibi Netanyahu cannot survive without U.S. support and that support will be conditional on rolling back illegal settlements.

Photograph by Eyad Baba/The Associated Press
Posted by Shaun Mullen at 7:06 AM
Email ThisBlogThis!Share to TwitterShare to FacebookShare to Pinterest