Abraham Lincoln As A True Genius 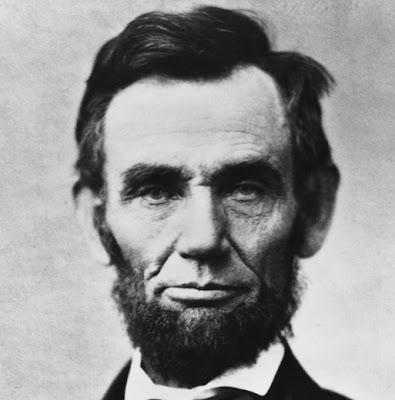 The following in an excerpt from remarks that the preeminent American historian Shelby Foote made on C-SPAN's "Booknotes" in 1994. He is the author of The Civil War: A Narrative.

By SHELBY FOOTE
The first word that I have for Abraham Lincoln is genius. There's never been a man who functioned the way Lincoln did. He had never occupied anything resembling an executive position before he came [to Washington] to be president. He knew almost

nothing about the office. He didn't know how it ran; he didn't know about departments like the Treasury and so forth. He had done a term in Congress, which familiarized him there. He was very active in politics. The Lincoln-Douglas debates show that the man knew a lot about government, but the actual executive part he learned on the job, and he was just a miracle at it. He was a true genius.

I'll tell you one impact [the Lincoln-Douglas debates] had: They kept Douglas from 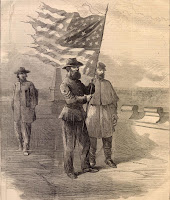 I usually don't like "what ifs," but if Douglas had been elected, it simply would have postponed the problem. There problem was there. Seward called it an "irrepressible conflict," and it would have been there while Douglas was president, or certainly after he left office. All these splits were going on: The Whigs had dissolved; there were issues that were so bitter between the abolitionists in New England and the fire-eaters in South Carolina and various other places in the South that I'm almost willing to believe that with all our genius for compromise, there still wasn't any way to settle this thing except by fighting. The most regretful thing is that the war went on for four years with an incredible savagery. That's the great shame. There was bound to be a fight, but for it to be the fight that it was with literally more 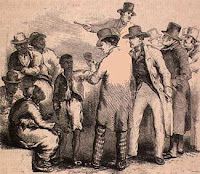 than a million American casualties -- that need not have been. Something should have stopped it before that.

Any Deep South boy, and probably all Southern boys, have been familiar with the Civil War as a sort of thing in their conscience. I honestly believe that it's in all of our subconsciouses. . . . Slavery is a huge stain on us. We all carry it. I carry it deep in my bones, the consequences of slavery. But emancipation comes pretty close to being as heavy a sin. They told, what is it, seven million people, "You are now free. Hit the road," and there was a Freedman's Bureau, which was a sort of joke. There were people down South exploiting former slaves [after the war]. Three-quarters of them couldn't read or write, had no job, no hope of a job, and they drifted back into this peonage system under sharecropping, which was about all they could do.

To this day, we [as a nation] are paying, and [African Americans] are paying for this

When I was a grade school boy in Mississippi, I knew obscene doggerel about Abraham Lincoln, left over from my parents and grandparents. Yankees were despised. When one of them was so unfortunate as to move to Greenville, Mississippi, he was despised. All that has stopped. A great compromise [exists on how to view Lincoln and the Civil War.] I wish my black friends could [accept it.] . . .

In looking back at the Civil War, there has been a great compromise. It consists of Southerners admitting freely that it's probably best that the Union wasn't divided, and the North admitting rather freely that the South fought bravely for a cause in which it believed. That is a great compromises, but we live with that, and it works for us. We are now able to look at the war with some coolness, which we couldn't do before now. I very much doubt whether a history book such as mine could have been written much before one hundred years had elapsed. It took all that time for things to cool down.

===
and the North admitting rather freely that the South fought bravely for a cause in which it believed.
===

I'm not sure of what value that is, since what the South was fighting for was the enslavement of a race for the purposes of profit. How could that even vaguely be construed as respectable?

Please point out to me and the world how Virginia seceded from the union so people could defend an institution that had been around for hundreds of years and was guaranteed in the Constitution. No honest person would utter such a lie. Virginia seceded, along with several other Southern States because they believed a military invasion of the new Confederacy was a violation of the deeply American notion of "self-government". It was obvious to Virginians that the invasion was for the purposes of subjugation and not in the name of "freeing the slaves". No less than A. Lincoln said as much. Mr. Foote's remarks are an affront to any full understanding of the war period. I believe his "view" is no doubt a "compromise" with the Lincoln Myth. In order for him to gain wide, and indeed, national attention and respect, he is willing to justify a war of subjugation that just happened to include the freeing of slaves to put a moral veneer upon what was a vicious military tactic. Again, he said so himself. Let's keep any discussion of this period and this war upon the high plane of historical accuracy and the pursuit of unbiased truth.