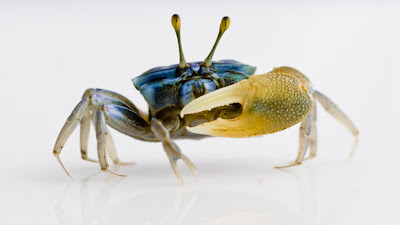 Despite those big peepers, fiddler crabs (uca capricornis, in this instance) can't see very well, and scientists have determined that they use statistical calculations to distinguish between swooping predators and harmless passing insects.

Jan Hemmi from the ARC Centre of Excellence for Vision Science at the Australian National University and colleagues report their findings online in the Proceedings of the Royal Society.

"To our surprise we found that the crabs are actually able to distinguish between predators that are real and those that are not," says Hemmi. "By using the statistics of how objects move, they seem to be able to discriminate."

The endangered species status of the gray wolf has been jeopardized by, of all things, a late addition to the controversial budget deal hammered out between Republicans and the White 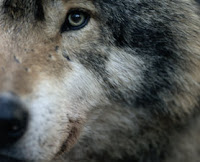 A rider to the deal has left environmentalists both seething and admitting defeat after years of legal wrangling over the fate of the wolves. The wolves (canis lupus) had all but disappeared from the Rocky Mountain region until they were reintroduced in the 1990s, and their protected status has allowed them to reach a population of 1,651, according to the Sierra Club. But ranchers say wolves are a nuisance to livestock and could even threaten humans if their population grows too large.

SLEEPLESS IN MEXICO
Caves are dark, sheltered and often quiet and seem like ideal places for a snooze. But for a small Mexican fish, they have done exactly the opposite. As a result of life in dark caves, the blind 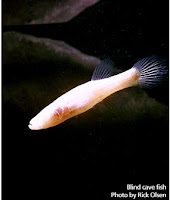 cavefish has evolved sleeplessness. They don’t go entirely without sleep, but they doze far less than their surface-dwelling relatives.

The blind cavefish (Astyanax mexicanus) is a sightless version of a popular aquarium species, the Mexican tetra. They live in deep caves scattered throughout Mexico, which their sighted ancestors colonized in the middle of the Pleistocene era. In this environment of perpetual darkness, the eyes of these forerunners were of little use and as generations passed, they disappeared entirely. Today, the fish are born with eyes that degenerate as they get older. Eventually, their useless husks are covered by skin.

They went through other changes too. For example, their skin lost its pigment so they are all pinkish-white in color.

A newly discovered dinosaur species bridges the gap between the earliest known group of predators and more advanced beasts such as Tyrannosaurus rex. Found at the Ghost Ranch

fossil site in New Mexico, the primitive dinosaur lived about 205 million years ago, stood as tall as a large dog and boasts a very unusual skull, says study co-author Hans-Dieter Sues, a vertebrate paleontologist at the National Museum of Natural History in Washington, D.C.

"It has a deep, short snout and these monstrous front teeth. That's a kind of skull structure for a predatory dinosaur that's really unexpected for this early point in time," Sues says. These features helped earn the new dinosaur the name Daemonosaurus chauliodus, or "buck-toothed evil spirit" in Greek.

WAITING IN LINE FOR PROTECTION

While the gray wolf may be bumped from the endangered species list, other endangered animals face long lines getting onto it.

The federal Fish and Wildlife Service is overwhelmed with petitions and lawsuits over the list, the chief tool for protecting plants and animals facing extinction in the United States. Over the last four years, a few environmental groups have requested that more than 1,230 species be listed, including the Pacific walrus (O. rosmarus divergens) compared with the previous 12 years in which annual requests averaged only 20 species, and the process is now pretty much paralyzed.

Some environmental groups argue that vastly expanded listings are needed as evidence mounts that the world is entering an era of mass extinctions related to destruction of habitat, climate and other changes. Such threats require a focus on entire ecosystems, they say, rather than individual species.