The New Republican Kleptocracy: Why Earn It When You Can Steal It? 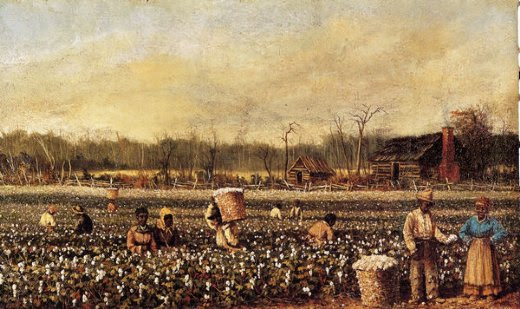 I had a long-running nightmare last night, and as I am sometimes wont to do, waking up, having a piddle and a drink of water merely postponed the grand finale — slaves being lashed by a master who was riding a massive white stead — which roared across the landscape of my mind as soon as I drifted back off.

While I find much of Freudian psychology to be flapdoodle, the finale of my nightmare was no accident. My mind has been working overtime to try to put the multi-trillion dollar Paul Ryan/Republican budget slash-and-burn in context, specifically to try to get out from under my view that the big sum-up is that the disabled, elderly, poor and . . . oh yeah, the middle class, will be further squeezed under the plan while the rich and big business get a free ride.

There has been little creative commentary in response to the budget plan, and I certainly am in lock-step with other social liberals who are appalled that the Republican blueprint for our fiscal future is so extraordinarily mean spirited. So it was refreshing, in a perverse sort of way, to read Dennis G.'s reminder over at Balloon Juice that there are two ways to make money in America: Earn it or steal it, and that the Republicans have unashamedly chosen the latter as the way to close a budget deficit that has spiraled out of control because of the profligate policies of George W. Bush and, yes, certain programs loosely called entitlements that more often than not are lifelines that entitle you to not die prematurely.

While the Republicans' stated goal is to eliminate the deficit in a decade, it is but a short hop from the stealing analogy to the plantation mentality that plunged the U.S. into a Civil War 150 years ago this month.

The analogy is apt — and entirely fair, if harsh: The Confederacy went to war to protect an economic system based on slavery, which is the theft of labor in its most basic form, while refusing to support innovation or infrastructure improvements to generate wealth. This, as Dennis G. points out, was a kleptocracy (which means "rule by thieves") in its purest form and so is the Republican plan.

The plan takes from the very people who can ill afford it, has Alice in Wonderland unemployment projections, has no substantial new sources of tax revenue and in fact cuts taxes, although nowhere more than for the super rich. ObamaCare would disappear, adding 30 million more people the ranks of the uninsured. It also would give Wall Street robber barons even more freedom.

And otherwise intelligent people are calling Ryan courageous? What is so courageous about being a reverse Robin Hood?

As disgusted as many Americans are about big government and wasteful spending, that does not extend to Medicare, Medicaid, veterans disability payments, food stamps, health clinics and unemployment benefits when times are especially tough, let alone slashing spending on education, college aid and research into the things that kill us in the middle of the night in the middle of our nightmares.

IMAGE: "PICKING COTTON" BY WILLIAM AIKEN WALKER(1839-1921)
Posted by Shaun Mullen at 12:10 AM
Email ThisBlogThis!Share to TwitterShare to FacebookShare to Pinterest

Thank you so much for this post. I have long held the opinion that the Republicans are just plain old mean spirited. They are the fat, rich, white men who are always interested in increasing their and their friends interests and pocketbooks on the backs of the less fortunate citizens and middle class. When people ask me why I hate Republicans, I always tell them "because they are mean".
What I can't believe is that the average American just sits by and accepts this stuff. Just swallows it down and goes along. Even old champions like NOW and NARAL seem to have rolled over and are barely making a squeek over the new abortion tags added on to the latest batch of bills. Disgusting.