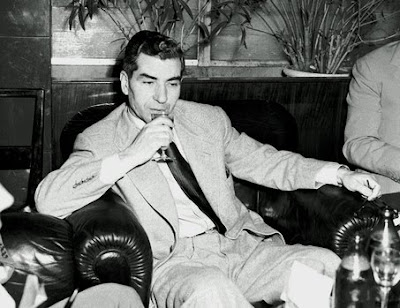 (FIRST PUBLISHED IN DECEMBER 2009)
It was an alliance as fascinating as it was enigmatic: The collaboration between the U.S. and the Mafia in World War II to help the Navy protect New York Harbor and

provide covert assistance during the Army's landings in Sicily and the Italian mainland.

The unlikely hero of this story was Charles "Lucky" Luciano, the father of modern organized crime. Stranger still, Luciano's lengthy prison term was commuted at the end of the war by the very crime buster who had brought him down because the mobster had answered the call to help defeat Hitler's Germany.

Details of the improbable involvement in the war effort of the man who had set about organizing the American La Casa Nostra into The Commission, a national network of narcotics trafficking, gambling and prostitution rings and other rackets, remained a closely held secret for nearly a decade. The Army, Navy and Office of Strategic Services, which was soon to become the CIA, indignantly denied rumors that the Mafia had assisted them. 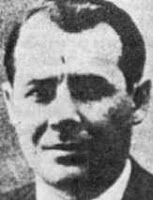 In 1954, a full-scale but secret investigation was conducted by New York state that confirmed that rumors Luciano had done his patriotic duty were true, although the results of that investigation weren't fully divulged until 1975, 30 years after the end of World War II, when the restrictions were lifted on the publication of many official documents such as those on the super-secret program that cracked the Nazi's Ultra code.

* * * * *
Luciano was born Salvatore Lucania in 1897 in Sicily. Like many other Italians of that era, his parents emigrated with he and his four siblings to America. Upon arriving at Ellis Island in 1907, young Salvatore was diagnosed with smallpox, an illness that pockmarked his face for life.

Not yet out of his teens, Luciano established himself as a thug on the Lower East Side and worked his way up to being a top aide to crime boss Giuseppe "Joe the Boss" Masseria, a Mustache Pete or old-school mafioso who wanted to preserve the old Mafia ideals of honor, tradition and respect. Luciano, on the other hand, was a Young Turk who had made his bones in the U.S., cared little about the old school and would make criminal alliances with anyone with whom he could make a buck.

There are several versions of how Luciano got the nickname "Lucky," but all stem from a severe beating he received by rival narcotics dealers in 1929 at age 31.

Luciano, left for dead, survived the ordeal and went on to play an active role in the Castellamarese War, which resulted in the deaths of as many as 60 mobsters, including Masseria, who was taken out by his arch enemy, Salvatore Maranzano.

With the last of the Mustache Petes out of the way, Luciano became the model of the new mobster as chief of the most powerful of New York's five crime families. The nascent Commission soon came to also include Al Capone's Chicago crime family, as well as the Buffalo, Detroit, Kansas City and Los Angeles families. Commission members were supposed to be equals, but it was understood that Luciano was first among equals.

* * * * *
Two of the strangest meetings of the war took place in March 1942 in the office of Manhattan District Attorney Frank Hogan,

the key prosecutor in Thomas Dewey's successful efforts in the mid-1930s to send Luciano and several other high ranking racketeers away for long prison terms. Among those present at the meetings were Navy intelligence officers.

Concerned that Nazi U-boats already had sunk over 120 merchant ships with impunity and fearful that strategically vital New York Harbor could be targeted, the officers had a startling request: Could arrangements be made to get the Italian-American underworld to recruit mob members to help the Navy protect the waterfront from espionage, sabotage and labor strife, as well as learn how the U-boats were being refueled and resupplied so far from home?

Although Luciano's name did not come up at first, it was obvious from initial contacts that while the mafiosi might be ruthless criminals, they also were patriots who were more than willing to help. This 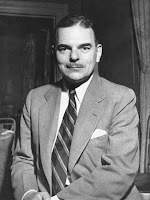 included Luciano, although he had never become a U.S. citizen like his father.

Luciano was five and a half years into a 30- to 50-year sentence at the harsh Clinton State Prison at Dannemora in upstate New York when the warden got a call in May 1942 that his most notorious inmate was being transferred to Great Meadow Prison near Albany, which had a reputation for being the country club of the state prison system and where he would be receiving some visitors about whom no questions would be asked.

Luciano's first visitor at his new digs was none other than Meyer Lansky, a Jewish mobster who had made a fortune manufacturing, selling and collecting the revenues for Wurlitzer jukeboxes and was one of his closest associates. Lansky, who loathed Hitler as the persecutor of Jews almost as much as he loved America,

Under the code of the underworld a favor done commands a favor in return, but there was no quid pro quo regarding whether Luciano's help would shorten his sentence let alone hasten him being deported to Italy after the war, although he did ask that the arrangement be kept secret lest he return to his homeland a marked man.

Then there was this: The conduit between Luciano and Naval Intelligence would be his principal mob associates, and there would be plenty of time to talk about things other than the war effort.

In other words, the government that had put the most powerful mafiosi in America behind bars had made a

deal with the devil and would look the other way as he ran his criminal enterprise from prison. In fact, wiretaps placed on the orders of DA Hogan confirmed that Luciano was conducting mob business almost as usual.

The most immediate upshot of the arrangement between the Navy and the mob chief was that the powerful International Longshoreman's Association was brought into the war effort and its thugs were stationed on the city's piers, and later on New Jersey piers, to serve as a warning to cooperate with the war effort and maintain labor peace or face the consequences. 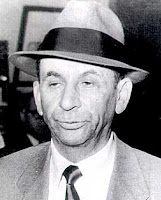 larger ships using a secret radio code to communicate, while a small army of loyal bartenders, hotel concierges, cigarette and flower girls and checkroom attendants were enlisted throughout the city to pass information on to the FBI.

* * * * *
Something else was left unspoken: The American Mafia also was going to war in sympathy with the Sicilian Mafia, which had opposed Italian Dictator Benito Mussolini for years, and collaborative if covert efforts between the two would soon be in the offing in the run-up to the Allied invasion of Sicily.

These covert efforts arguably were more important than those back in New York City because, rather incredibly, the Allies knew virtually nothing about the lay of an island with a large Axis troop

This gap was filled by interviews with recent emigrants and travelers who could share photographs and postcards. Many of the interviews were arranged by Moses Polakoff, who happened to be Luciano's lawyer, and Joe Adonis, a Luciano confidante who ran a string of gambling houses.

Vincent Mangano provided literally hundreds of informants because of his import-export business, which included New York and Sicilian Mafia contacts. By May 1943 the downtown Manhattan office of Naval Intelligence had several large maps of Sicily where strategic intelligence on beachheads, naval bases, airports, industrial plants and communications facilities were noted on transparent plastic overlays drawn in black India ink.

When the first waves of assault troops stormed ashore in Sicily on July 10, Mafia-assisted Naval Intelligence

officers were among them. The landing went smoothly, Axis forces were driven from the island with the help of mafiosi guides, Mussolini was toppled from power and the way was cleared for the invasion of the Italian mainland where Mafia-assisted officers also were in the van.

* * * * *
With an exquisite sense of timing, on V-E Day, May 8, 1945, attorney Polakoff swore out a petition to now New York Governor Dewey for a grant of executive clemency for Luciano. Word of the mobster's involvement in the war effort had leaked out in 1943 when the state of New York sought to lengthen Luciano's sentence, but Polakoff now felt that there was no reason to be diffident about his clients' services. He later 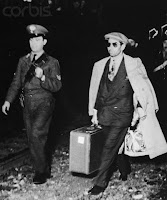 provided supporting affidavits from the Navy attesting to the nature and importance of those services.

An exhaustive Division of Parole investigation followed which was submitted for review by an executive clemency bureau that in December unanimously recommended in favor of Luciano's application.

In January 1946, Dewey granted Luciano's clemency request without revealing why, a decision that was greeted with dismay and outrage.

Luciano was transferred to Ellis Island, where he had arrived in America 39 years earlier. On February 9, he was taken to Pier 7 on the Hudson River where he boarded the converted Liberty ship Laura Keane. A large crowd of newspapermen attempted to get onto the pier to cover the story of a major criminal being spirited out of the country. They

were met by a sight they would never forget: A massed line of longshoremen stood in their way wielding pointed bailing hooks. The Laura Keane sailed for Italy the next morning.

In the end, Luciano more than earned his nickname, dying not as the result of a hit by one of his many mob enemies, but of a heart attack in his sleep at the ripe old age of 65 in his mansion in Naples.

Warfare is a fascinating subject. Despite the dubious morality of using violence to achieve personal or political aims. It remains that conflict has been used to do just that throughout recorded history.

Your article is very well done, a good read.

Anonymous said...
This comment has been removed by a blog administrator.
3:29 PM