Science Sunday: Reshaping Questions That Strike At Very The Core Of Life 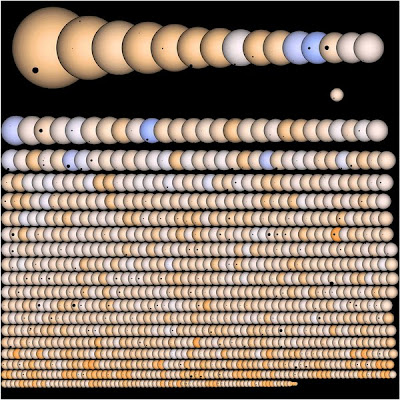 The Templeton Prize each year honors a person who has made an exceptional contribution to affirming life’s spiritual dimension, and that apparently is what 2011 prize winner Martin J. Rees has done.

I say "apparently" because I'm having trouble discerning how the decades of research carried out by this 68-year-old theoretical astrophysicist into the implications of the big bang, the nature of black holes and gamma ray bursters have spiritual implications beyond "Holy Cow!" but then I always did poorly in science in school.

The link is, in the words of the award committee, "that the really big questions that Rees raises are reshaping crucial philosophical and theological considerations that strike at the core of life, fostering the spiritual progress that the Templeton Prize has long sought to recognize.

In his work with many colleagues over the years, Rees has enlarged the boundaries of understanding about the physical processes that define the cosmos, including speculations on the concept of “multiverses,” or infinite universes.

Rees's investigations are balanced with his prominence in urging the international scientific community to raise public awareness of the impact of human activity on planet Earth in the 21st century, which Rees says is the first when one species -- humans -- can determine the future of the entire biosphere.

"Some people might surmise that intellectual immersion in vast expanses of space and time would render cosmologists serene and uncaring about what happens next year, next week, or tomorrow," says Rees. "But, for me, the opposite is the case. My concerns are deepened by the realization that, even in a perspective extending billions of years into the future, as well as into the past, this century may be a defining moment."

Dr. John M. Templeton Jr., president and chairman of the John Templeton Foundation, notes that for all the discoveries attached to Rees's career, it is the questions he inspires that qualify him for the prize.

"The questions Rees raises have an impact far beyond the simple assertion of facts, opening wider vistas than any telescope ever could," Templeton says. "By peering into the farthest reaches of the galaxies, Martin Rees has opened a window on our very humanity, inviting everyone to wrestle with the most fundamental questions of our nature and existence."

IMAGE: A representation of the 1,235 possible transiting planets discovered
by the Kepler Space Telescope since its March 2009 Launch.
Hat tip to Andrew Sullivan's Daily Dish for the image.

For Jesus sake visit me: See the power of positive thinking within you. Please follow my blog and read intersting posts about Success, Happiness, Motivation, Self Improvement. http://positivethoughts2011.blogspot.com