Book Review: 'The Second World War' (Which Actually Was The Fourth) 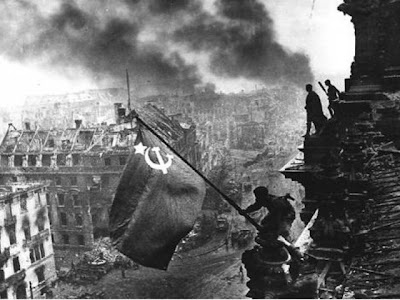 BERLIN FALLS TO THE RED ARMY
Thousands of books have been written about the Second World War, and that's just in English. I've read a slew of them, but found myself drawn to the scarlet binding of Gordon Corrigan's doorstop thick The Second World War: A Military History when it appeared on the New Arrivals shelf at the university library where I toil. I just 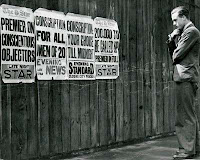 couldn't resist, and am glad for that.

Corrigan, a history writer and himself a former major in the British Army, frames the introduction of The Second World War around the plausible notion that the Second World War was the Fourth. He nominates the Seven Years War as the First, the French Revolutionary and Napoleonic Wars the Second, and what was known as the Great War as the Third.

* * * * *
One would think that 66 years on, emotions have cooled and views of the Second World War would have become more detached, but that has not happened.

In Germany, Corrigan notes, the self-flagellating view is that Germans were victims of Nazism and they lost the war because they took on the world, a view that is not necessarily espoused publicly.

The Japanese, he notes, could not win so long as the Western powers kept their collective nerve, and its well-motivated military was never going to be able to sustain campaigns throughout Asia because it lacked the logistical machinery.

Corrigan believes that the British Army was seldom a match for the Germans, and on the whole fought poorly, especially when compared to the Royal Air Force and Royal Navy.

In the U.S., there has never been any doubt that the American war effort was superb, which Corrigan believes it by and large was once the nation had been aroused.

Meanwhile, he says, the Soviets/Russians hew to the view that they more or less single-handedly destroyed fascism and the Allied powers were of little help.

Italy's involvement, of course, was based on bald opportunism and a vague notion of the revival of the Roman Empire, and that is hardly worth mentioning in the context of the other major players.

* * * * *
As the subtitle indicates, The Second World War is a military history chockablock

with endlessly lists of who commanded what, where and when, and if you're not a military strategy wonk, the sections, platoons, companies, battalions, regiments, corps, armies and groups can become a bit tedious. But Corrigan is a big-picture historian and compliments dissections of strategies, tactics and such with smart political and social overlays.

And while his major conclusions about the war don't exactly shock or surprise (like I said, there have been thousands of books written), they are a terrific summation:

* As is true of many wars but nowhere more so than this one, the outcome of the Second World War was substantially determined by which nations and their armies

could make the fastest conversions.

In this respect, the Red Army's conversion into a fighting force to one that could take on the Germany army and beat it at its own game was the steepest.

The U.S. military, which morphed from an old-fashioned machine into an extraordinarily sophisticated and largely mechanized force, was the fastest.

The British military was the most balanced, and also the most plodding, fighting battles of attrition reminiscent of the First World War.

The German army was by far the best, showing a tactical flexibility that might have produced a far different outcome had it not been for Hitler's meddling and failure 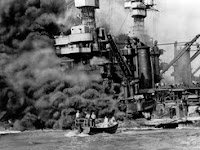 to learn the major lesson of the first war in again taking on the British and French empires, the Soviet Union and U.S.

The Japanese developed a superb fighting machine but lacked the industrial base to sustain it in a long war and exhibited an appalling behavior toward prisoners and civilians that has left an indelible stain on the country's honor.

* Troops win wars, but ultimately it is generals and admirals who make that so or prevent that from becoming so.

In this respect, it is difficult to pass judgment on the leading Soviet generals such as Marshalls Georgi Zhukov and Ivan Konev by Western standards because their tactics were never particularly sophisticated, nor did they have to be.

Supreme Commander Dwight D. Eisenhower was in one respect the greatest of the war's generals because he was a master at getting mutually antipathetic U.S. and British prima donnas to work together, while Army Chief of Staff George C. Marshall did a superb job of balancing the demands of different theaters. At sea, Admirals Raymond Spruance, William Halsey and Chester Nimitz were highly competent.

Beyond Field Marshall Bernard Montgomery, whose ego-sodden victories were inevitability flawed, there were many competent if cautious British generals, although none beyond General William Slim and Field Marshall Sir Harold Alexander particularly stand out. At sea, Sir Andrew Cunningham was outstanding.

German generals had the most difficult war to fight, especially on the Eastern Front. Many, including Field Marshalls Eric von Manstein, Fedor von Boch, Wilhelm Leeb, Walter Model, Albert Kesselring, Gunter von Kluge, General Heinz Guderian and even General Irwin Rommel, distinguished themselves, but they were flawed giants, many complicit in outrages and atrocities.

Japanese generals succeeded initially but too often allowed themselves to be let down by logistical failures and were distracted by political maneuvering and plotting. Much the same was true of the admiralty and bitter inter-service rivalries and unnecessarily complicated operations further undermined the war effort. 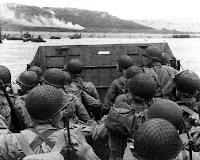 * It can be argued that the so-called American Century began with the D-Day invasion in Normandy in June 1944.

Britain was no longer the leader of the free world, and however much the British and Europeans are irritated at what they see as American exceptionalism and naivete, it was American investment in the Marshall Plan that picked up Europe off the mat after the war.

* It is quite likely that Israel would not exist were it not for the war.

Britain had promised Jews a home (but not a state) in the Balfour Declaration of 1917, but then repudiated it in 1939 as a result of Jewish terrorism and Arab protests, but 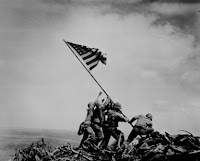 
* * * * *
Corrigan writes with a trenchant wit, does not run with the military historian pack and does not pull punches. Nowhere is this more so than his scathing criticism of Winston Churchill, whom he terms a genius manqué while acknowledging his success in getting the early American support that sustained Britain through the war's dark early years.

He writes that Churchill "may have been the 'man who won the war' . . . but he was also the man who nearly lost it by refusing to listen to sound advice and by allowing his emotions to rule his head. Had Churchill confined his activities to inspiring the

people of Britain and of Britain's allies, and not tried to run the war single-handedly, then his iconic status might be justified."

"Second only to the Black Death of the fourteenth century, the Second World War killed more people than anything else in recorded history, and caused more destruction than earthquake, fire or flood ever did. Whether it was worth fighting depends on the standpoint of the observer: for the US and the USSR it obviously was, and for Britain the alternative of not fighting would have been much worse. The seemingly endless years of fighting certainly demonstrated mankind's ability for mass destruction, and most of the military lessons of the war have been forgotten or are no 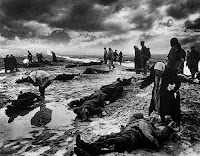 longer relevant. Not all is doom and gloom, however. Frightful as nuclear weapons were and are, their possession by East and West has forced a certain caution in international disagreements and the United Nations, child of the war and inefficient, corrupt and often incompetent thought it may be, is a better by far forum for discussion and concerted action than anything that went before. While we should remember this war for the horrific impact it had on nations and on people's lives, we should also respect and remember the stoicism, bravery and the loyalty of millions of soldiers, sailors, airmen and civilians, Americans and Germans, British and Japanese, Italians and Russians, Chinese and Indians and all who believed in a cause, whether right or wrong, justified

or not, deserving or not, and who were prepared to suffer and if necessary die for it.

* * * * *
I should mention that the U.S. edition of The Second World War won't be published until November, but the British edition I read should be available at better U.S. libraries and through Amazon UK, while the British paperback will be published on May 1.
Photograph by Yevgeny Khaldi