God, Sarah & The GOP Want It This Way 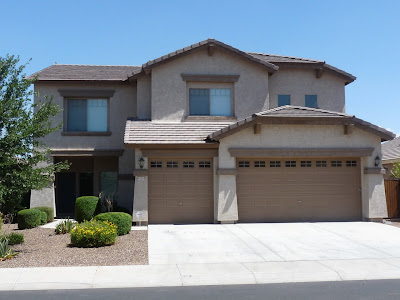 You probably know that Bristol Palin, daughter of the former half-term governor of Alaska, made a mint speaking about teenage pregnancy prevention, an area in which she of course is utterly unqualified.

Anyhow, Bristol raked in a cool $262,500 from jetting around the country for The Candies Foundation because she and Levi Johnston didn't bother to use a condom, a consequence of which is now two-year-old son Tripp and a free pass from conservative Republicans who routinely bring fire and brimstone down on unwed moms who don't happen to have Christianist role models as their own moms.

Not to begrudge a 20-year-old unwed teen mother with no education or discernible skills, but when you take a peek at The Candies Foundation books you learn that a mere $35,000 has been disbursed to teen pregnancy health and counseling clinics, or seven times what it payed Bristol, while it spent $165,000 on advertising, including TV spots on "Jersey Shore."

Oh, um . . . it turns out that The Candies Foundation is a foundation in name only and calls itself an "action organization” rather than a grant-making organization, and its three top officers pulled in a combined salary of $12,835,605 last year.

Meanwhile, Bristol was able to plunk down $172,000 in cash for a foreclosed house in Arizona with a patio and big back yard. Yeah, people do that every day; you and I just don't know any of them.

It is precisely because Bristol made so much dough, some of it from "Sort of Dancing With the Stars," and is not some middle-class shlunk struggling to finance a mortgage on an 800 square foot fixer upper bungalow that she will make out like a bandit because of the tax break she will get under Representative Paul Ryan's mega-trillion budget reduction plan.

Oh, and if you are some middle-class shlunk on a tight budget, the Republicans also want to make it hard for you to get contraceptives.

After all, God, Sarah and the GOP want it that way.