The Civil War At 150: Distorting The Past & Unable To Cope With The Present 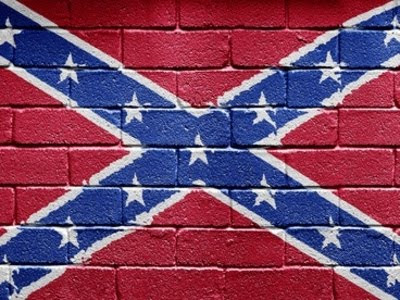 Our new Government is founded upon exactly the opposite ideas; its foundations are laid, its cornerstone rests upon the great truth that the negro is not equal to the white man; that slavery, subordination to the superior race, is his natural and moral condition.
~ Confederate Vice President ALEXANDER STEVENS
As I wrote in my initial post of the year, there will be no bigger nor more regrettable anniversary in 2011 than the 150th anniversary of the onset of the American Civil War, a conflict that rended a still young nation into two parts and took a horrific 620,000 lives before Confederate General Robert E. Lee surrendered to Ulysses S. Grant, his Union counterpart, four years later.

The great difference between the Civil War and every other war in American history is that it is still being fought, in this case by a rag bag of organizations like the League of the South that are made up of Lost Causers, delusionists who many generations on remain so willfully wrong about the roll that slavery played in the destruction of their precious South.

And as if on cue even high-visibility politicians -- most but not all Republicans -- are busily rewriting history as the official start of the war this week in 1861 is remembered. Typical is Representative Paul Braun of Georgia, a Tea Party darling, who terms the conflict the Great War of Yankee Aggression and unashamedly pines for the bygone era when slavery was the coin of his cotton-picking realm.

Yes, there were other reasons for the war, including states rights, collapse of the two-political party system and emergence of the Whigs as personified by Abraham Lincoln, whose overriding purpose well into the war was to keep the union together and not to abolish slavery, a fact conveniently lost on the descendants of Northerners who in their own way also have abridged history to fit a more convenient story line.

But there is no other explanation than a purposeful ignorance based on racism for the endurance of the Lost Causers, their fanaticism stoked by Broun and other politicians who worshipfully embrace the Lost Cause with quotidian regularity and like Mississippi Governor Halley Barbour just as regularly walk back from their shameful statements after the damage is yet again done. Except for Broun, who seems incapable of shame.

In an era when a black man is president of all the American people, the more I learn about the Civil War and its aftermath the more my view of the Lost Causers has hardened.

* * * * *
Things certainly would be simpler today if the Civil War had not been about slavery.

We could content ourselves with arguing about who was the better general, why the Confederacy was able to survive for so long despite an overwhelming disadvantage in troops and materiel, whether Pickett's Charge was an avoidable mistake or Sherman was a war criminal because of his fiery March to the Sea.

"If the war actually weren't about slavery, I think all our lives would be a lot easier," writes Ta-Nehisi Coates, the blogger descendant of slaves who has spent much of the last two years studying the war with a clear-eyed detachment.

"But as I thought on it, my sadness was stupid," he says. "What undergirds all of this alleged honoring of the Confederacy is a kind of ancestor-worship that isn't. The Lost Cause is necromancy -- it summons the dead and enslaves them to the need of their vainglorious, self-styled descendants."

Meanwhile, a CNN/Opinion Research Corporation Poll released this week finds that about one in four Americans say they sympathize more with the Confederacy than the Union, a figure that rises to nearly four in 10 among white Southerners. Instructively, when broken down by political party, most Democrats say the Southern states seceded over slavery, independents are split and most Republicans say slavery was not the main reason.

The greatest crime of the Lost Causers -- and crime is not too strong a word in the context of the pain they continue to cause right-minded people of all colors -- is that they deny the humanity of the very people whom they claim to venerate. In "honoring" the past they cannot cope with the present.

Although this comparison is not perfect, it works well enough: The Germans have fessed up to their history, the Japanese have denied it, while the Lost Causers have simply rewritten it. That must not be forgotten as we slouch through 2011 and the inevitable ceremonies and controversies in which a perversion of the most tragic conflict in American history is yet again rubbed in our faces.

The Civil War never ended - it is still being fought today and the energy increased when a black man was elected president. I must admit the intensity of the the bigotry surprised me. Perhaps that's because I'm on the Left Coast. In fact I don't even see that much of it on the conservative/libertarian area of Oregon east of the Cascades. But it's still there in the deep south and to a lesser extent in the Midwest .

You have been stuffed so full of left of center political and historical college fare (standard in most public and private institutions of higher learning) that your credibility as a blogger with any objectivity has been thoroughly shot. Yes, Virginia, we all know that slavery was the real and root cause of the Civil War and that rampant racism existed extant until well into the last 35 years of the 20th century; what you fail to either admit or realize is that aside from extreme individual cases or fringe groups (made up of a veritable rainbow of skin colors - not just white) we are today basically a race neutral society. You "Bloomin' Yankee squarehead" (relax, that is only intended to be comedic to relieve what I know is your sphincter tightening at the idea that I am suggesting you need to think and research for yourself as opposed to being spoon fed your view of the American Experiment) you should be aware that there is a black American President, that his advisors and the majority of his appointees are black and that he was elected by white Americans despite the ravings of a xenophobic and racist pastor that would have sunk the political aspirations of any similarly situated white presidential candidate. Also, for your historical edification, I suggest you read about both the draft riots occurring in New York during the Civil War (to counter your smug assumption that racism was and is an exclusively Southern phenomenon) as well as those occurring in the large American cities in the 1960's (where black business people and families were the primary victems of mindless (not socially conscious) anarchy. Also, if you want to experience reverse bigotry first hand, either apply for a federal job or move into a largely black ethnic neighborhood in any large American city. Buddy, who are you? People like you scare me every bit as much as the racists of all colors we see every day on the nightly news.

You are fooling yourself if you believe that America has become a race neutral society. Yes, enormous gains have been made and yes we have a black president elected by whites. But I believe and know that racism is alive and well, and not just in the South.

The purpose of this post was not to address racism generally but to remind us that on the 150th anniversary of the beginning of a war fought to preserve an insidious institution there are many people in the South, including high-profile politicians who for them, who want us to believe otherwise.

One more thing: Try toning down the rhetoric; it is getting in the way of your being more effective in making your points.