Who Is Saul Alinsky & Why Is Newt Gingrich Yammering About Him? 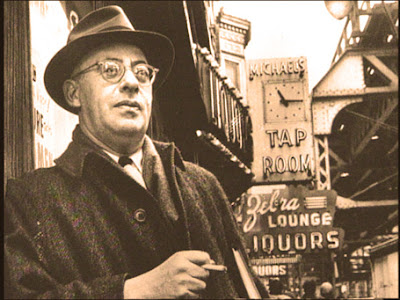 On the night of his triumph in the South Carolina primary, Newt Gingrich declared that "The centerpiece of this campaign, I believe, is American exceptionalism versus the radicalism of Saul Alinsky."

That reference and subsequent references to Alinsky surely puzzled viewers of a certain age and probably many viewers of all ages. This is because Alinsky, a legendary community organizer, died in 1972.

I happen to think that Alinsky was not a radical although he considered himself one. His Rules For Radicals: A Pragmatic Primer for Realistic Radicals, was one of the most influential books that I read as a young man in educating myself on outside-the-mainstream politics and philosophies. Published shortly before Alinsky’s death, it is a handbook for community organizers.

Alinsky writes in the prologue that: "What I have to say in this book is not the arrogance of unsolicited advice. It is the experience and counsel that so many young people have questioned me about through all-night sessions on hundreds of campuses in America. It is for those young radicals who are committed to the fight, committed to life."

Now it so happens that Obama did once work in a Chicago community organizing project inspired by Alinsky, but there the similarities end, which Gingrich should well know if he is the student of history that he claims to be.

And if he was the student of history that he claims to be, he would recognize a couple of ironies: The religious fundamentalist of the 1980s and the Tea Partier of today emulated Alinsky's organizing methods, while Gingrich himself uses Alinsky's tactic of exploiting resentment.

Alinsky, it turns out, was a deep believer in grassroots democracy and institutional religion. He frequently quoted Jefferson and Madison and was disdainful of 1960s leftists who burned American flags. He did much of his work with the active support and resources of the Roman Catholic Church. Yes, the same religion that Gingrich converted to when he married Callista Bisek. (Three marriages and three religions, but so little time.)

In 1969, Alinsky received the Pacem in Terris Peace and Freedom Award, given annually by a coalition of Catholic groups in the Midwest to commemorate an encyclical about human rights and alternatives to war written by Pope John XXIII. Most honorees have been ardent reformers of one faith or another. They include Martin Luther King, Jr., Desmond Tutu, Cesar Chavez, Daniel Berrigan and Lech Walesa. Oh, and Mother Teresa.