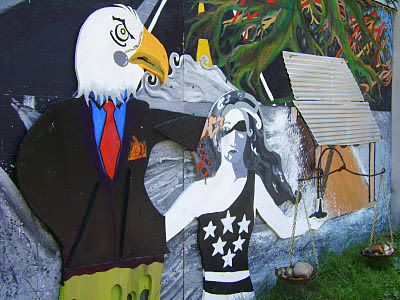 There was a time not long ago when free speech was guaranteed in America, and if someone had a problem with that the Supreme Court would weigh in with a reminder that the concept is a foundation on which our democracy is built.

But a funny thing happened on the way to the second decade of the new millennium. According to a new study, the court led by Chief Justice John Roberts is hearing fewer free speech cases and ruling in favor of free speech at a lower rate than any of the courts of the three previous chief justices, two of three of whom were the appointees of Republican presidents like himself.

This begs a question: Why is the Roberts court ruling in favor of free speech only half the time compared to the Warren court and takes many fewer free speech cases?

The answer is that court was famously liberal and this court is famously conservative. This court not only grants rights to corporations that were once the purview of individuals, but routinely rules against individuals in favor of corporations such as the infamous 2007 Ledbetter ruling in which a court majority declared that employers cannot be sued under the Civil Rights act for race or gender pay discrimination in virtually all cases.

The Roberts court has ruled for free speech in only a handful of high-visibility cases, "all of them slam dunks" in the words of one legal scholar. These included protecting protesters at funerals, the makers of violent video games and the distributors of material showing the torture of animals.

Then there is the lollapalooza of all free speech cases -- Citizens United -- which hands down is the most twisted high court interpretation of the law since the Dred Scott decision in 1857 found Africans imported as slaves could not enjoy constitutional protections. In 2009, the court ruled by a 5-4 majority in Citizens United that the First Amendment prohibited government from placing limits on independent spending for political purposes by corporations (and by unions, as is less well known) and bestowed on both the free speech rights of individuals.

Case in point is the recent $5 million donation by billionaire casino owner Sheldon Adelson to Newt Gingrich's cash-starved campaign. The donation through a super PAC is 1,000 times the $5,000 he could legally give directly to Gingrich before Citizens United, and could have an outsized influence on how the primary season plays out.

The Politico identifies two other billionaires would at the least could drag out the Republican primary: Foster Friess, a mutual fund mogol, and John Huntsman Sr., the father of the longshot for the nomination.

That is the greatest fear of Citizens United opponents like myself: That one or more filthy rich people can not only influence but tip a national election by sending a check from the comfy confines of his mansion. Then again, if that person can't tip an election the Supreme Court always can.

Anonymous said...
This comment has been removed by a blog administrator.
12:45 AM

Anonymous said...
This comment has been removed by a blog administrator.
12:45 AM