From Here To Eternity -- Er, November 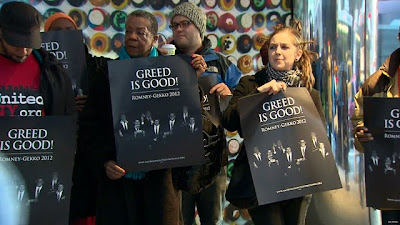 Although the calendar says that the November 6 presidential election is nearly 300 days away, it seems more like an eternity. And Mitt Romney, no longer the putative favorite to win the Republican nomination after succumbing to voter antipathy and a fusillade of negative ads and attacks on his character from Newt Gingrich and Rick Santorum in South Carolina, surely must hope that voters don't have long memories -- or memories long enough to reach back to January -- when it comes time to vote.

The problem here for Romney is less voters' memories than these realities:

* While it is a rare high-profile race when candidates don't attack each other, the attacks on Romney have substance.

* President Obama and his surrogates will attack Romney on the same grounds in the general election.

* The attacks go to the very core of who Romney is, not who he claims to be.

* The news media will be feasting on the substance of the attacks for some time to come.

Compare these attacks with those on Barack Obama in 2008 accusing him, in effect, of guilt by association for being a member of the Chicago church of the Rev. Jeremiah Wright, whose outspoken views included his contention that the 9/11 attacks were proof that "America's chickens were coming home to roost."

Obama effectively silenced most of his critics with his "A More Perfect Union" speech in Philadelphia in which he renounced Wright while framing his overall response to the attacks in the broader context of race in America. Romney would seem to have no such option because it is impossible to imagine him renouncing the less savory aspects of free enterprise that made him wealthy and the private-sector experience that is the lynchpin of his campaign.

The core economic message of Romney's campaign is, as he has repeatedly said, "To create jobs it helps to have had a job" in arguing for less government regulation of private enterprise and the repeal of new regulations on financial companies as as result of the excesses that resulted, to a great extent, in the recession.

I love the way the people here interact and shared their opinions too. I would love to track your future posts pertaining to the said topic we are able to read.