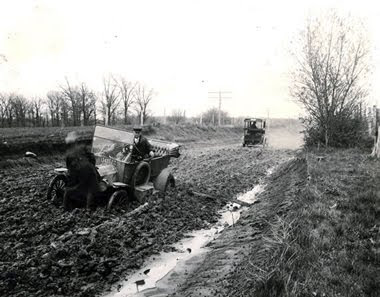 THE REPUBLICAN ROAD TO THE WHITE HOUSE

The people of the great state of South Carolina have spoken: They prefer a serial adulterer and racist who lies shamelessly to a rapacious capitalist and ultimate insider who flip-flops shamelessly. And Barack Obama will be laughing all the way to a second term.

Newt Gingrich's "stunning" double-digit win over Mitt Romney on the third stop en route to the Republican National Convention was because of his "commanding" performances in the two Palmetto State debates, according to exit polls. Translation: Gingrich bullied anyone who dared question the fidelity and scruples of a man who led the impeachment charge again President Clinton for his own extra-marital affair and is the only House leader in history to be censured and fined by his colleagues, a majority of whom were members of his own party.

And how about that party? In the relatively short decade and a half since Gingrich made cynical personal attacks and a wanton recklessness the hallmarks of his style, the Republican Party has devolved into a smoking cow pie so odiferous that after the initial caucus and two primaries it is clear that while neither Gingrich nor Romney are electable, a more moderate Republican who might be will not ride to the GOP's rescue.

That Gingrich might wrest what was once a sure-thing nomination from Romney is now within the realm of possibilities, but most of the primaries to come, beginning with Florida on January 31 and the Super Tuesday slugfest on March 6, favor the former Massachusetts governor. Besides which, Gingrich's negatives are an astronomical 58 percent in a leading national poll and he would kill down-ticket candidates much like Christine O'Donnell and other Tea Party losers did in 2010.

Long story short, his seething anger, ability to pull red herrings out of his hat, news media bashing and rhetorical skills will only get him so far.


* * * * *
Gingrich brayed about fighting "the elites" in his victory speech last night, an irony that many Republicans beyond Romney's orbit will miss. The former House speaker, of course, has become wealthy playing the legislative system for those elites, while Romney is the wealthiest man to run for president since Ross Perot in 1992 and 1996.

Then there was Gingrich's racially-tinged invocation that he will run "an American campaign, not a Republican one," which surely had appeal to Republican voters, an unsurprising 99 percent of whom were white. Reveling in the moment, he did not even resort to a dog whistle in impunging the incumbent, who he continues to deride as "the food stamp president" (read black) with "extreme left-wing allies from San Francisco" (read gay), and as an America hater (read Muslim) who is unworthy of the Oval Office.

Sick, sick stuff.
* * * * *
With a Jeb Bush endorsement on hold for the time being while the punditocracy flails Romney for his spectacular crash-and-burn despite having more money and a more robust organization in South Carolina than anyone else, he and his handlers are asking themselves today: What did we do wrong?

The answer is that aside from the abjectly poor attempts at damage control over fallout from Bain Capital exposes and Romney's continuing refusal to release his income tax returns until whenever (chastened by the loss, he says it's now be Tuesday), they did nothing wrong. Oh, yeah, he also sucked at both debates. But the real problem is that Romney is an empty suit who might be able to pull off his myriad flip-flops if he had even a scintilla of charisma, but voters instead ratified long-standing doubts about him. Changing tactics or something won't work.

And while Romney's Mormon faith did not lose him this substantially conservative Christian state in and of itself, it will be causing him additional troubles in the weeks to come. Romney has wanted it both ways -- his religion is off-limits as a subject while he buses in Mormon students from as far away as Utah to put some zip into his otherwise lackluster rallies.

The fabulously wealthy Mormon Church's ties to Romney and companies that Bain Capital owns is worthy of scrutiny and will be getting it from Yours Truly, among others will be further cause for agita.

* * * * *
Nowhere was the apple cart more upset yesterday than with the evangelical vote.

Some 63 percent of voters identified themselves as being evangelical Christians or born again, and despite Gingrich'sh repeated marital lapses they gave him a robust 43 percent of the vote, the same share that Mike Huckabee, an ordained minister, got in the 2008 primary.

Romney, who has been married to the same woman for more than 40 years, got only 22 percent of the evangelical vote, which means that these voters didn't see Gingrich's tawdry past as a problem. Nor did women in general, who overall gave more votes to Gingrich than Romney and seemed to have sided with him and not his second wife, Marianne, who had been interviewed on Nightline on Thursday evening.


* * * * *
The wind is now in Romney's face and not at his back, and it is conceivable that Gingrich could win Florida.

But one thing is for sure: Romney's licking in South Carolina will rouse what passes for a mainstream Republican establishment from its torpor. Think things have been interesting so far? Well, you ain't seen nothing yet.

Posted by Shaun Mullen at 7:02 AM
Email ThisBlogThis!Share to TwitterShare to FacebookShare to Pinterest