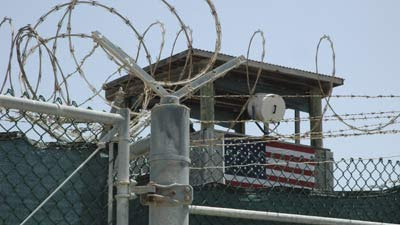 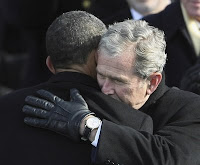 that is extremely wary of him. But as we approach the 100-day mark in his young administration, claims of executive privilege to keep secret the full extent of George Bush's illegal warrantless domestic surveillance program as well as a reluctance to come clean on unreleased torture memos and other documents stink to high heaven.

Glenn Greenwald reminds us (at his usual great length) that when compliant congressfolk immunized telecoms last year for their role in the spying program, Bush administration officials were not, so it is difficult to understand -- let alone rationalize -- Attorney General Holder's obfuscations. 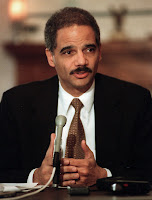 Meanwhile, don't expect any kind of investigation -- even a truth and reconciliation-type commission -- to plumb the depths of the Bush torture regime that has the White House's blessing.

Fair enough (I guess), but methinks that like water finding its own level, some sort of action will eventually transpire regarding Bush administration perps like Cheney, Rumsfeld, Addington, Yoo and Feith that doesn't involve a maverick Spanish judge, and the sooner that Justice comes clean on the stuff it still hasn't released the sooner we can see for ourselves what that action should be.

Rumblings from Senate Republicans that they might block the confirmation of key Obama administration nominees, including the top Justice Department Office of

Legal Counsel [pst, by linking their approval to suppressing the memos should serve as a palliative to the president.

Putting things in a less kind context, how can a guy who says American is not at war with Islam himself be at war with the truth? And at what point do his (in)actions constitute complicity?

WHEN DOCTORS AID & ABET TORTURE
Words like unethical, vile and reprehensible do not begin to characterize the enabling actions of medical professionals, including doctors and psychologists, in the torture of 14 alleged terrorists by the CIA outlined in an International Committee of the Red

Cross report that was prepared in secret and apparently was never meant to be a public document.

These "professionals" monitored the application of torture techniques and advised interrogators as to whether to continue, adjust or halt the abuse. One prisoner alleged that medical personnel monitored his blood oxygen levels while he was subjected to waterboarding, a simulated drowning designed to induce panic and widely considered to be torture.

Other prisoners said that as they stood shackled with their arms chained above their heads, a doctor regularly measured the swelling in their legs and signaled when they should be allowed to sit down.

It should go without saying that these "professionals" have violated the Hippocratic Oath and should be stripped of their licenses by the states in which they practice. And this nightmare of a report is yet another test for the president.

THE CIA's 12-STEP PROGRAM
The news media, of course, has failed with few exceptions to move beyond stenographic verbiage such as "enhanced" and "abusive" interrogation techniques in describing what is plain and simple torture.

If you still have any doubts about that, these are the 12 techniques used by the CIA as documented in the Red Cross report:

(1.) Suffocation by water poured over a cloth placed over the nose and mouth.

(2.) Prolonged stress standing position, naked, held with the arms extended and chained above the head.

(3.) Beatings by use of a collar held around the detainees' neck and used to forcefully bang the head and body against the wall.

(4.) Beating and kicking, including slapping, punching, kicking to the body and face.

(5.) Confinement in a box to severely restrict movement. 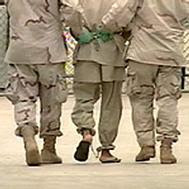 (7.) Sleep deprivation through use of forced stress positions (standing or sitting), cold water and use of repetitive loud noises or music.

(8.) Exposure to cold temperatures especially via cold cells and interrogation rooms, and use of cold water poured over the body or held around the body by means of a plastic sheet to create an immersion bath with just the head out of water.

(9.) Prolonged shackling of hands and/or feet.

(10.) Threats of ill-treatment to the detainee and/or his family

(12.) Deprivation and restricted provision of solid foods from 3 days to 1 month after arrest.

Are you still a doubter?

WHAT THEY KNEW WHEN
The mists surrounding the collective amnesia of many a high-ranking military official regarding whether and when they were aware of torture at Guantánamo Bay have been parted with a new report from the Seton Hall Law Center for Policy and Research. 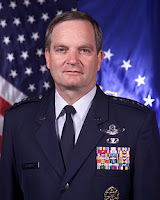 The report documents that these officials repeatedly lied in testimony to Congress and were well aware of reports from FBI agents about the torture.

"Abu Ghraib was the flash point and provoked the FBI to formally hand its reports to the DOD, which in turn forced the DOD to respond with what became known as the Schmidt Report. Schmidt's investigation was essentially a whitewash, but, ironically, the abuse was so pervasive that his team turned up still more incidents. To conceal the problems documented by both the FBI and the military, the DOD published an incomplete, sanitized report, culminating in Schmidt testifying before Congress that there was no torture or abuse at GTMO.

"Five generals were either complicit in the abusive interrogation techniques or were central figures in their cover-up. They concealed these practices from Congress, to which they are ultimately accountable. They undermined our democracy, and undercut America's claim to the moral high ground in the fight against terror."

When I came home I was diagnosed with PTSD, Post Traumatic Stress Disorder, I was told that I am sick that I am not Right. Then I turned on the TV and I see Dick Durbin saying American soldiers are committing acts of torture at places like Abu Grab and Quantico because they had a Al Qaeda terrorist who saws civilians heads off with their hands tied behind their backs, Al Qaeda terrorist who place bombs on three year old children, Al Qaeda terrorist who came in our country when we were at peace and murdered over two
thousand American civilians, and they had these terrorist standing on a bar stool with a dunce cap on their head and that’s Torture! Why in the hell didn’t he say a damned thing about Matt Maupin, Shoshana Johnson, Edgar Hernandez, James Riley, Patrick Miller, Joseph Hudson, Jacob N. Fritz, Jonathan B. Chism, Shawn P. Falter, Jonathon M. Millican,
or any of the other American soldiers who have been captured during this war! Private Kristian Menchaca of Houston and Private Thomas Tucker of Oregon were captured by terrorists in Iraq , hacked to death, their eyes gouged, their bodies defiled.

In fact it was the American soldiers who have died including all those who have been captured in this war (and I haven’t seen any enemy POW camps but I’ve seen a shit load of bodies that have been tortured to death by these scum that Dick Durbin is defending!)

that give Dick Durbin the FREEDOM to call them terrorist for putting some Al-Qaida dirt bag on a bar stool with pajamas and a dunce cap!

I might have PTSD but I’m not the one who is sick it’s DICK DURBIN! Are you Really

an AMERICAN DICK?!?! Or just another Communist who hates AMERICA ?

And to top it all off the Communist muslim Traitor Hussein Obama is releasing more terrorist all the while saying nothing of my brothers in arms who have been tortured to death.
They died so that all the communist socialist pro baby murdering scum can continue to free load off of you and me on more of their worthless lazy bag of shit free hand out programs!

I'd appreciate if you can give me some feedback on our site: http://www.regencyshop.com/Bar-Stools/c33/index.html?osCsid=c57d1fcff64e9730d85dc1e8b59a7c5f

I realize that you are home decor-modern design connoisseur :) I'd like to hear your opinion/feedback on our products. Also, it'd be swell if you can place our suede wassily chair in a bag set in a bag on your blog.