Maybe He Just Woofed For The Hell Of It 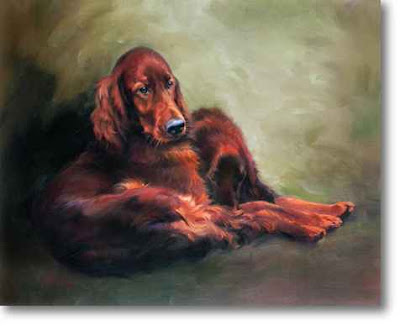 Bart hated to go to the veterinarian so much that he would wet himself. His owner couldn’t deal with the situation and there was no way that I was going to make him sniff his last smell and draw his last breath on a vet's table. Bart deserved a better exit.

So Catbird and I went out into the field behind the corn crib and dug a hole. A big hole because Bart was a big guy. I fetched the .22 rifle and put a single round into the chamber. Having held Bart's head in my hands so many times over the years while giving scratches to his big knuckle of a head, I knew exactly where to place the barrel and that I would not need a second shot.

I say with absolute certainty that Bart knew he was going for his last ride and it wasn't to the Dairy Queen for a milkshake and fries.

I am crying as I write this. (And as I republish it.) Just as Catbird and I cried as we shoveled that incredibly dark and odiferous soil over Bart's body and then got on our hands and knees and patted it down, our tears turning the soil to mud. That was nearly 30 years ago, but I can still smell that soil. And hear Bart woofing at the moon. Or perhaps at deer crossing the pasture below to reach the creek. Or maybe he just woofed for the hell of it.