Voices In The Debate On Torture 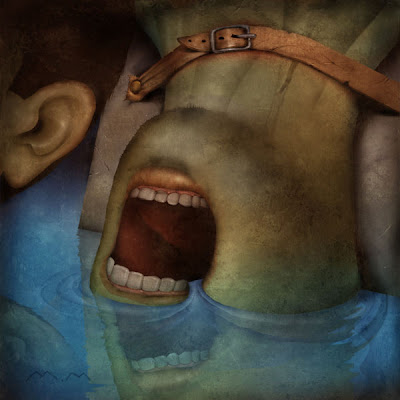 There was no actionable intelligence gained from using enhanced interrogation techniques on Abu Zubaydah that wasn’t, or couldn’t have been, gained from regular tactics. In addition, I saw that using these alternative methods on other terrorists backfired on more than a few occasions — all of which are still classified. The short sightedness behind the use of these techniques ignored the unreliability of the methods, the nature of the threat, the mentality and modus operandi of the terrorists, and due process.
-- ALI SOUFAN 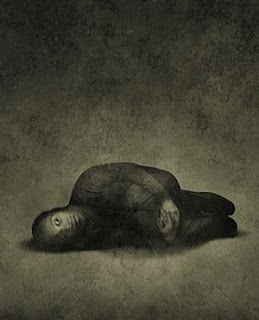 If crimes were committed, then members of Congress, the White House, CIA leadership and the interrogators are the ones who have to answer for them, and we can only know that when all of the data is revealed. If Obama's not willing to do that, then he never should have opened that can of worms in the first place.
-- ED MORRISSEY
I keep getting e-mails from people who think we should stop pressing Obama on torture. The basic argument is, would you rather have this inquiry or would you rather have health care. I think it's becoming clear that we may not necessarily need Obama, himself, to launch an inquiry. But be that as it may, I want to push back against this idea that the only job of a great politician is to set a list of achievable priorities. It's, of course, a large part of the job--but the other part is making sure as many of those priorities get done as possible.
-- TA-NEHISI COATES

To some degree, words failed us all in the aftermath of 9/11, a time of fear and disorientation. Journalists did not meet the challenge of holding the executive branch accountable, politically and morally, in the run-up to the Iraq war. Such failures, it is true, were not gross manipulations of the law in the service of inhumanity, but they were failures nonetheless. And they carried a human price.

So I'm wary of the clamor for retribution. Congress failed. The press failed. The judiciary failed. With almost 3,000 dead, America’s checks and balances got skewed, from the Capitol to Wall Street. Scrutiny gave way to acquiescence. Words were spun in feckless patterns.

Selectively releasing the memos that make the previous administration look bad is the worst sort of vicious political hackery, and rather baldfaced as well. At least when 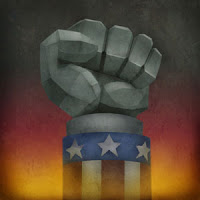 they rushed out the fake DHS warning about unnamed "right-wing extremists" right before the the Tax Day protests, there was some semblance of deniability. This just stinks, as does the disregard for U.S. national security implicit in the release.

One of great political questions of the Bush years here in America was: How much do we not yet know? That is, there were explosive revelations on a continual basis about the Bush gang's terrorism policies, from the exposure of Abu Ghraib to reports about surveillance without warrants to leaks of memos on torture. But still there were holes.

Now they're starting to fill in. Barack Obama wants to move on, which is an understandable if not exactly courageous political posture to assume. But the feeling grows that as we learn more, the American people are going to decide that we were

governed by criminals, and we can't just move on.

-- MARK THOMPSON
The debate over the Bush administration's interrogation methods is really a debate over five very different questions:

* Did the methods work?

* Was it justified to use them in the circumstances of 2002?

* Would it be justified under the different circumstances of 2009? 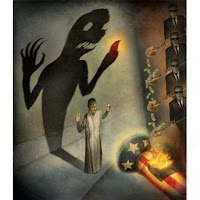 * If illegal, should they be prosecuted?

Conservatives do not need to answer "yes" to every one of the first 4 to deliver an emphatic "no" to the 5th and last.

-- DAVID FRUM
In the fury of a moral backlash, naming names and holding people accountable feels like the right thing to do. But before you go down that road, remember that the choice of targets won't always be yours.

-- WILLIAM SALETAN
Republicans have tried to distance themselves from President Bush's fiscal profligacy. But on the core value issues of militarism and human rights violations and keeping faith with the war criminals of the previous regime they really couldn't be more unified or on message. If you were plopped down on earth today in front of a TV set in the United States, on the testimony of the party members themselves, you might 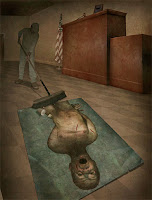 easily get the idea that state-sanctioned torture was the main policy legacy of the outgoing administration. Sort of like Democrats looked back on late 90s budget surpluses with a proud defiance in the aftermath of the Clinton years.

-- JOSH MARSHALL
[W]e now have a second bug sighting. . . . [A] military psychiatrist named Maj. Paul Burney explains that he attended a training session on interrogations in the fall of 2002, during which the military experts taught them how to exploit captives' phobias in order to terrify them into confessing. Among the fears Burney specifically recalls? "Fear of spiders."

-- JANE MAYER
If effectiveness is the only gauge, why even debate whether these techniques fit the definition of torture? The problem with using "it worked" as an argument is that it justifies too much. By that rationale, we can justify subjecting enemy captives to

every form of torture ever devised. We can even justify torturing and killing their spouses, siblings, parents, and children, right in front of them.

Cheney and others have yet to advocate going that far. But if they really believe what they say about the techniques we've used, here's a question they need to answer: Why not?