Torture: Why It's Best To Go Slow On 'The Past That Is Haunting The Future' 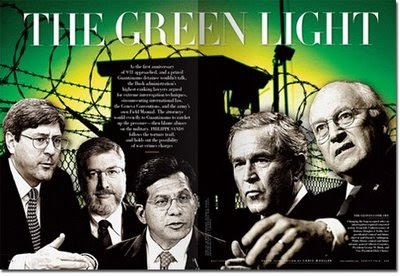 As someone who has banged the drum relentlessly about the Bush administration's torture regime, there is a certain satisfaction to be felt in the events of the past week. 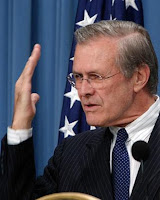 This includes the knowledge that so long as America is a functioning democracy with a semblance of an independent news media and a vibrant blogosphere, a fuller account of what happened was bound to begin to emerge. And with it macabre story lines such as the White House's obsession with using torture as a political instrument by unsuccessfully trying to waterboard nonexistent information out of detainees that would justify the Iraq war by linking Saddam Hussein to Al Qaeda.

All good, but what happens next?

That is difficult to answer given the many tentacles -- moral, judicial and especially political -- emanating from the entire torture issue and what, if anything, to do about Bush administration enablers.

Difficult yes, and made much more so because President Obama is determined to not play a leadership role, at least not at this juncture.

Remember, as most people do not, that Obama was compelled to release the CIA torture memos. Recall also that an administration that has displayed extraordinary message

discipline has been all over the lot on the question of what should happen next, although the White House and Democratic Party leadership seemed to have coalesced around a go-real-slow approach.

That means ruling out naming a special prosecutor or establishing an independent commission for the time being because it will detract from an ambitious policy agenda that is determinedly forward looking and not backward looking. (That's the job of the exerable Dick Cheney.)

Anyhow, in looking ahead, national myopia is not an option, which is what the usually sage Wall Street Journal columnist Peggy Noonan is counseling. Neither is waiting a few months until cooler heads prevail because many of the heads are self righteous and if the Republicans are good at anything at this point, it's retaliating. Although the scenario is a bit far fetched, scuttling health-care reform in the service of congressional action on torture is an unacceptable trade-off. 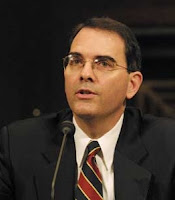 My answer is a bit of a cop out as someone who believes in his head and heart that certain administration perpetrators need to be held accountable, and perhaps some Democrats, as well. But we're bound to learn more -- perhaps a lot more about the torture regime -- within this time frame, most importantly a fuller accounting of what those perps did.

This will include the court-ordered release of more photographs from Abu Ghraib and a report from Justice's Department of Professional Responsibility that was initiated before Bush left office. It will show that with torture as in so many other things, notably the run-up to Iraq war, the White House was utterly disinterested in dissenting voices. The views of officials opposed to torture on legal and moral grounds were dismissed out of hand and the officials sometimes dismissed, as well. 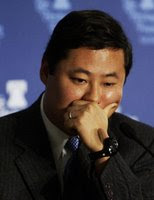 were shocked to learn through "60 Minutes" that our government had turned Saddam's torture chamber into one of its own.

The torture saga is freighted with ironies, but none is larger than the fact that while the Bush administration used torture to try to defeat Al Qaeda, a task that was a miserable failure except in Iraq, torture became the biggest recruiting tool for the terrorist group.

It has taken the intervening years to begin to untangle this web of grotesqueries, most importantly understanding that what happened at Abu Ghraib, the CIA black sites, Guantánamo Bay and in Afghanistan was not the work of rogue interrogators but was initiated at the highest levels of government.

Too many pundits are focusing on torture more as a test for the new administration than an abject moral failure of the old one. Obama was elected to fix what Bush broke and not to outfit some of his aides with frog suits, although both are in their own ways of equal import. Nevertheless, living a few more weeks with "the past that is haunting the present," as the Washington Post put it, before determining how to move forward is the right course.

* * * * *
Who did what and when is one of the problems in finding one's way through the torture swamp. Here's the first decent timeline that I've seen.

Posted by Shaun Mullen at 12:26 AM
Email ThisBlogThis!Share to TwitterShare to FacebookShare to Pinterest

One of the things I remember quite clearly from Captain Whaley's class on the UCMJ was the discussion about the Geneva Conventions. I was 18 and if I understood it was wrong back then and punishable in court, what excuse do the lawyers have for writing memos that expressly go against the law, to say nothing of moral code?

Anything new that comes out after this is not going to make the situation look any better and is more than likely to make it worse. If pictures are worth a 1000 words, we are about to get hammered.

Especially if they are any worse than the ones from Abu Ghraib. Which leads me to my next question. Why is Charles Graner still in jail while these creeps go free? Or as I stated to one of my troll commenters, I don't care if they are Republican, Democrat or purple polka dotted people eaters, they deserve to be punished.